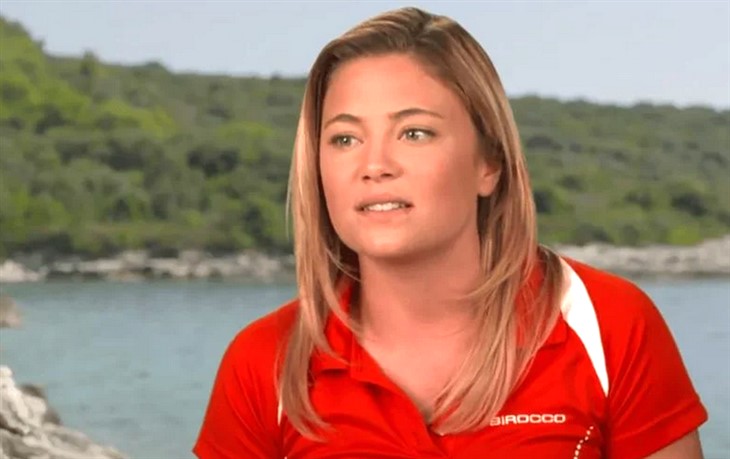 At the Season 6 reunion for Below Deck Med Malia White dished on the details of how she began her relationship with Lady Michelle engineer Jake Baker.

During the reunion, Captain Sandy Yawn also shared her reaction to the relationship and the rest of the crew shared some updates in their own lives.

Below Deck Med – Everyone Dishes On Their Relationship Status

On the October 18 episode of Watch what Happens Live with Andy Cohen each of the Below Deck Med crew was asked about their relationship status.

Most of them marked the proverbial ‘single’ box when discussing their relationship status.

Courtney Veale, Mzi Dempers, David Pascoe, and Mathew Shea, all listed themselves as single when asked by host, Andy Cohen to describe their current relationship status.

For her part, though, Katie Flood listed her relationship status as, “complicated.”

Easy-going and well-liked member of the crew Lloyd Spencer announced that he is happily in a relationship, a fact that he had taken to Instagram earlier this month to reveal.

Below Deck Med – Where Was Jake During Season 6?

The relationship status that appeared to be the most exciting for the rest of the crew, however, was the one between Below Deck Med bosun Malia White and Lady Michelle engineer Jake Baker.

In fact, Malia intimated that during their time in Split, Croatia was when things really took off for the two of them.

Fans may recall that Jake is one of the crew members that worked behind the scenes of the show, so we never got to see him in front of the camera much.

Malia revealed to Cohen that the romance between the bosun and engineer didn’t really bloom until they wrapped up season 6.

“No, actually, Jake’s super introverted, so I really didn’t talk to him until the end of the season.”

Below Deck Med – When the Romance Bloomed

She went on to explain that, at the time, he worked below deck and that “he was very behind the scenes.”

Andy then drew out of Malia that during the crew’s time in Split, Croatia was when their romance really took off.

Below Deck Med fans will recall that Malia first revealed the relationship with Jake the Engineer last month on Watch What Happens Live with Andy Cohen.

Captain Sandy Yawn also shared her take on the relationship, saying, “That’s Malia’s business and Jake’s. Like, it’s none of my business,” and following that up with, “I mean, she’s an adult, he’s an adult.”