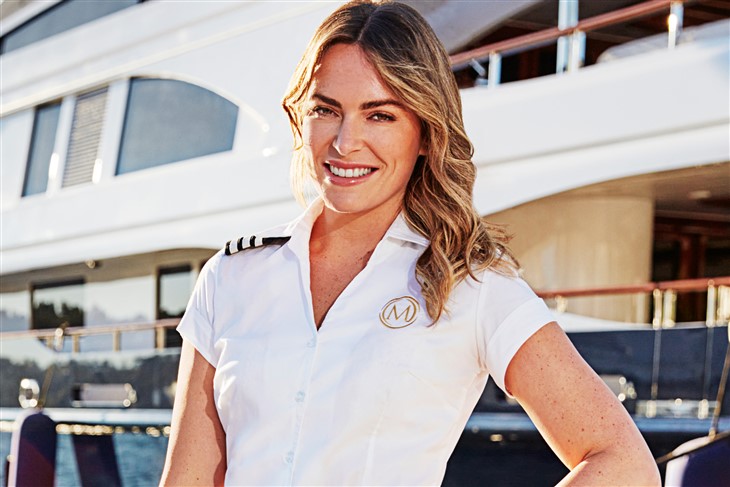 Below Deck Mediterranean Chief Stew Katie Flood confirmed a comment that producer, Nadine Rajabi, made about having to avert violence during the season 6 Lexi Wilson affair.

The Below Deck Med stew revealed that the fight down in the crew mess got so heated that producers had to step in and prevent an escalation to violence.

Below Deck Mediterranean –‘This is Not What We’re About’

Katie revealed that, in the first explosive situation, it got so heated that producers had to step in to avert violence.

The Watch What Happens Live with Andy Cohen host asked deckhand Mzi Dempers about the moment when Lexi had shoved him in the crew mess.

That’s when Flood broke in saying, “Production actually stepped in” adding that it was getting out of hand. “This is not what we’re about.”

Apparently, it didn’t go any further that night as the crew said that she “reined it in at that point.” Per Showbiz Cheatsheet, Bosun Malia White said, “If anything she was edited nicely that night,” and Flood agreed.

Rajabi has never revealed the reason for the intervention on that night. “Something happens this season, which we don’t show,” she said on The Melissa Rivers Group Text, going on to add that she has to intervene on the show but that there were a lot of times that she just won’t tolerate something and must intervene.

The producer added that she would step in, saying, “you’ve got to let people go in those situations.”

The Below Deck Med producer went on to say that she didn’t tolerate violence, racism, sexism, “Any of those things.”

She added that there had been times where she’s felt like someone was too drunk and they’re in danger, saying, “I’ve gone out and I’m like hey get out of the jacuzzi this is not OK.”

Below Deck Mediterranean – Safety Has To Be First

It’s important to remember when you’re out at sea that things operate differently, as they must.

Rajabi emphasized that, saying that people don’t realize, “We’re in the middle of the ocean. It’s always safety first. You’re at the mercy of Mother Nature. If a fire alarm goes off. If an alarm goes off. Alarms go off all the time on the boat.”

Fans will recall that Lexi had tried to blame producers for poor editing designed to make her look like the villain but former chief stew Hannah Ferrier had shut that down, sharing on a September Instagram story “Ok, I haven’t watched the Below Deck Med season but this pisses me off.”

Catch new episodes of Below Deck Mediterranean Sundays at 7 and 8 PM Central on Bravo.