Hannah Ferrier Tells How She Arrived On Below Deck Mediterranean 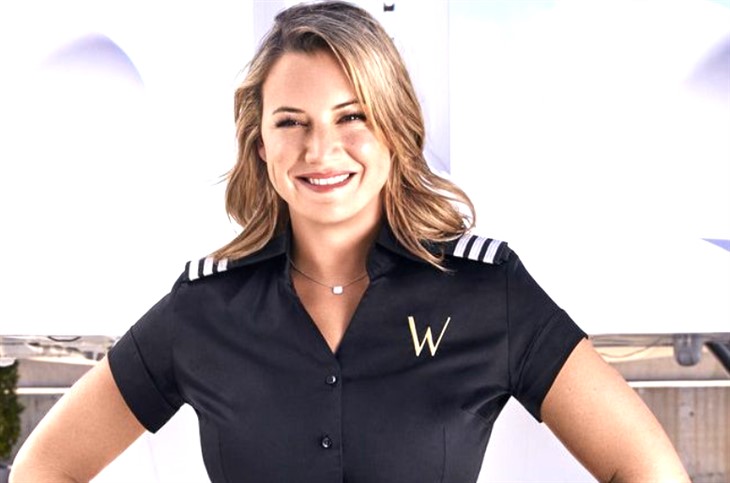 Ultimately being fired for having valium aboard the yacht, things did not end well for Hannah Ferrier on Below Deck Mediterranean but how did she get hired?

According to Showbiz Cheatsheet Hannah said that she had auditioned for the show after she had already decided to leave yachting. She also revealed that she didn’t really know what she was getting into.

Below Deck Mediterranean – Hannah Was Done With Yachting

Though the Below Deck Med alum has no regrets for being on the show she began on the show when she was done with yachting.

She said she had been following a music festival around Croatia and partying in the Great Highlands, saying that she would forget that she had skype.

She went on to say that producers would be trying to reach her on skype and she would think, “F__k! I’m wasted at a beach club!”

The Below Deck Sailing Yacht host Daisy Kelliher mentioned that the producers would have loved that information to which Ferrier laughed saying “Exactly, she’s gold! She forgets everything. She’s always drunk.”

Below Deck Mediterranean – The ‘Real’ Reason Ferrier Joined The Show

The Below Deck Mediterranean star went on to reveal that she’s never actually seen the show, saying, “You know, you’re traveling a lot. You don’t have money, so you’re not on Wifi and that sort of stuff,” adding that, though she had seen a few clips on YouTube, she never really knew what she was in for.

The former reality TV star joked about the “real” reason she joined the yacht saying that with all the tips she would make she could make up for all the time she wasted following a music festival around Croatia.

For her part, Kelliher thought it was brave of Ferrier to make the move.

Below Deck Mediterranean – Experiences that You Just Can’t Pay For

The Below Deck Mediterranean veteran said that the show was still taboo in the yachting world before she joined it and that everyone she knew in the industry was telling her not to do it.

But the show was just getting started in 2015 – still under the proverbial radar. It wasn’t yet the big hit that it is today.

According to CheatSheet Kelliher also revealed that when Below Deck Sailing Yacht hired her, she had also been ready to leave the yachting industry.

“I believe I’m so grateful for everything about Below Deck Med has brought into my life,” Ferrier said, adding that she had had experiences that “you just can’t pay for.”

Catch new episodes of Below Deck Mediterranean Tuesdays at 8 PM Central on Bravo.