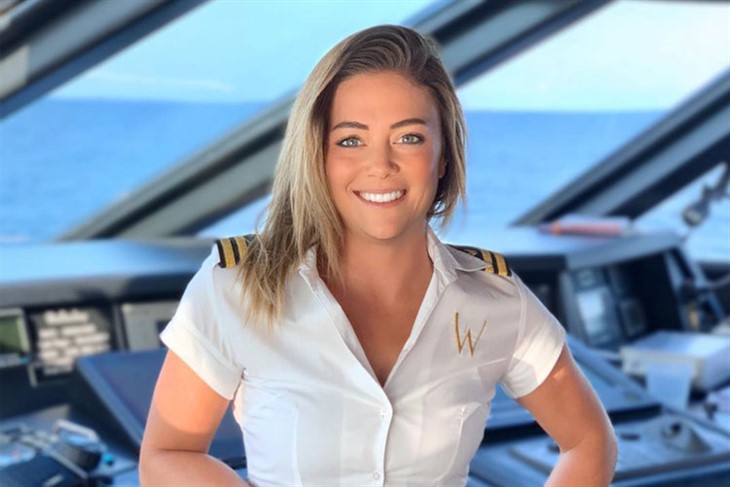 The season 6 crew of the Lady Michelle will be reuniting, at least virtually, on Monday, October 18, for an episode of Watch What Happens Live with Andy Cohen.

The charter for the season has ended, but it seems that at least Below Deck Med bosun, Malia White, has remained in contact with one her of the lesser-known crew members.

Below Deck Mediterranean – Who Saw Everyone Naked?

We never really got to get to know the Below deck Med engineer as he was most often busy in the bowels of the ship.

At the beginning of the wild preview, host Andy Cohen asks Courtney Veale, “You saw everyone naked?!”

In response, Veale begins listing off all the crew members that she saw naked drawing some shocked expressions from her fellow crew members.

That’s something exciting to look forward to on Monday’s episode.

But, back to the point at hand, at the virtual reunion, Andy Cohen seemed excited to ask for the skinny on Malia’s relationship with the boat’s engineer.

In the sneak peek of the upcoming reunion, we see Andy pop the question to Malia, “you are with hot Jake the engineer, right?”

This, of course, draws cheers from all the women at the reunion.

We’ll have to wait until Monday to discover what details the Below deck Med bosun spills in response to Cohen, but there is much more to be shocked and awed by in the upcoming reunion as the sneak peek alludes to.

Fans can expect the Watch What Happens Live host to get to the bottom of all the most exciting moments of the season, for example, the tense moment between Captain Sandy Yawn and Malia White, the Captain’s issues with Chef Mathew’s seeming lack of character.

In the clip, we hear Chef Matt refers to Sandy as “one of the worst captains I’ve worked with in my 15 years on boats.”

And Captain Sandy responds with measured vitriol saying, “You just don’t know when to not talk.”

So, fans can expect that there will also be drama and maybe even a fight.

The WWHL host will also likely discuss why Katie Flood decided to end the season with just two stews aboard.
They may also discuss Lloyd Spencer coming out about his sexuality and how well excepted it was among his fellow crew members.

For more episodes of Below Deck Mediterranean tune in to Bravo on Mondays at 8 PM Central or catch early access to new episodes on Peacock.