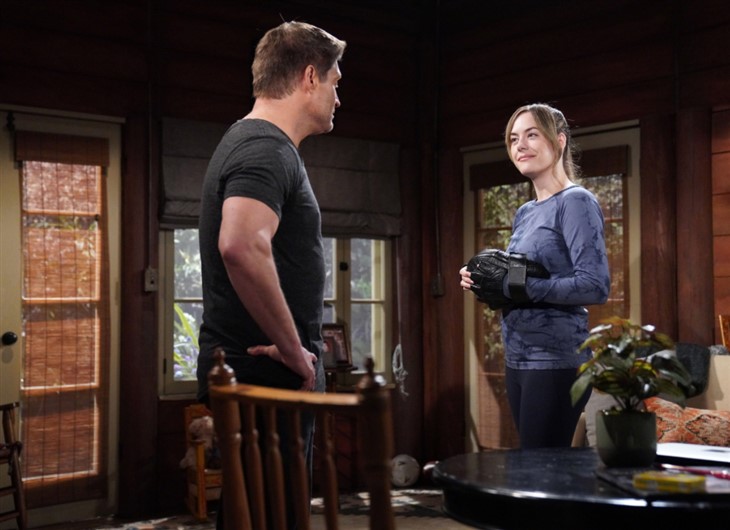 The Bold and the Beautiful (B&B) spoilers reveal that Deacon Sharpe (Sean Kanan) has quickly reconnected with his daughter. However, some fans wonder if he is just using Hope Logan Spencer (Annika Noelle) to get to Brooke Logan Forrester (Katherine Kelly Lang). The actor has responded and clarified Deacon’s true intentions.

The Bold And The Beautiful Spoilers – Deacon Sharpe’s Return

B&B spoilers reveal that when Deacon was in prison, he wrote to three women: Hope, Brooke and Bridget Forrester (Ashley Jones). Hope is the only one that responded. Hope kept the communication with her father a secret until he was released from prison. Deacon kept saying all he wanted was a chance to reconnect with his daughter. While Hope believed him and wanted to give him that chance, others weren’t too sure.

Over a very short time, Deacon won the trust of Hope and is beginning to do the same with Brooke. However, Ridge is still certain that Deacon will only hurt Brooke and Hope in the end. Brooke doesn’t want to push her daughter away, so she is trying to be supportive of Hope and Deacon’s relationship. However, Brooke will end up confiding in Deacon when things continue to go south with Ridge.

The Bold And The Beautiful Spoilers – Fantasizing About Brooke Logan Forrester

The Bold and the Beautiful spoilers reveal that Deacon didn’t return just to reconnect with Hope. It seems that he is also determined to become a family with Brooke. With the amount of fantasizing that Deacon is doing, fans can’t help but wonder about his true intentions. Some viewers believe that Deacon is just using Hope so he can get to Brooke.

On Twitter, a fan went straight to the source to find out the answer about Deacon’s true intentions. The Twitter user asked,

“Does Deacon use his daughter’s love to be together with Brooke, or does he really want to change and not disappoint his daughter?”

Actor Sean Kanan responded to the question and assured everyone that Deacon has good intentions toward Hope.

“Deacon absolutely loves Hope. She is the very best part of him and he sees it as a path to his redemption. She is definitely not a means to an [sic] end with Brooke.”

Do you think that Deacon is fantasizing about Brooke a bit too much? Do you worry that he will go too far to get what he wants, and Ridge is right to be concerned? Or are you rooting for Deacon to become a family with both Hope and Brooke? Tell us what you think and remember to keep watching the CBS soap to find out what happens next.