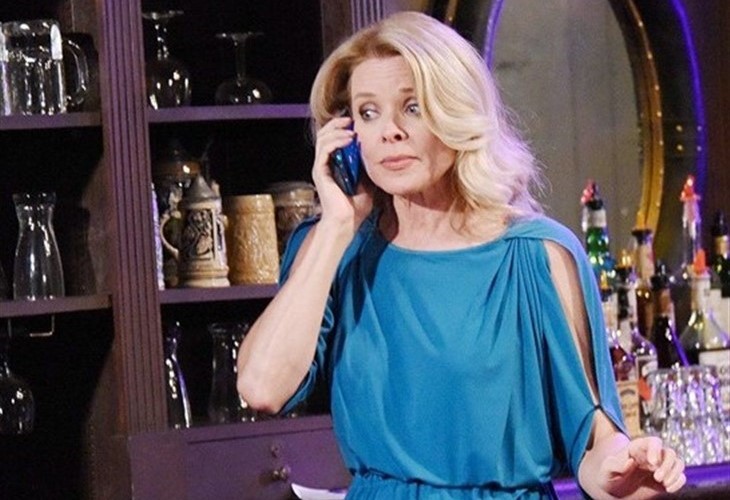 General Hospital Spoilers tease that Peter August’s (Wes Ramsey) death seems to be a sure thing in the coming days. The agreement between Selina Wu (Lydia Look) and Sonny Corinthos (Maurice Bernard) ensure that Selina would see to it that Peter was killed and in return Sonny had to help get her nephew Brad Cooper (Perry Shen) paroled. Someone already poisoned Peter while he was incarcerated and Brad was nearby when it happened. But Peter is still hanging on to life, which means that Selina still needs to finish the job.

General Hospital Spoilers – Will Brad Cooper Have To Finish The Job?

While its not clear if Brad was the one who poisoned Peter, if he did Selina may task him with finishing the job. Selina apparently wants to bring Brad into the mob with her, and killing Peter might just be the first step. But Brad really isn’t the murdering kind, so he might have a hard time completing the task. But that doesn’t mean that there aren’t several other Port Charles residents willing to do what it takes to end Peter once and for all.

GH Spoilers – Maxie Jones Has Been Very Vocal About Her Desire To See Peter August Dead.

Maxie Jones (Kirsten Storms) has every reason to want Peter dead. He is the father of her baby, and Maxie has taken steps to ensure Peter never finds the baby by giving her to Brook Lynn Quartermaine (Amanda Setton) to raise. With Peter gone, Maxie can finally reclaim her daughter. So if Peter does turn up a corpse, Maxie will be one of the first people the cops look at. Her family and friends may even wonder if she did the deed. And that includes her mother, Felicia Scorpio (Kristina Wagner).

If Felicia believes that Maxie killed Peter, she might very well confess to the crime to protect her daughter. As Maxie’s mother, she would have motive to kill Peter. She would want to protect Maxie from Peter. She certainly wouldn’t want Maxie, who has three young children, to go to jail, especially for killing Peter. So it is quite possibly that something will happen to make Felicia believe that Maxie is guilty and will confess. But all will be for naught, if someone else actually killed him. Someone like Brad. Brad will be highly motivated to stay out of prison, so it’s likely if he kills Peter he will let someone else take the fall.

Is Peter about to be killed? Will it be because of Selina and Sonny’s agreement? Or will someone else confess?