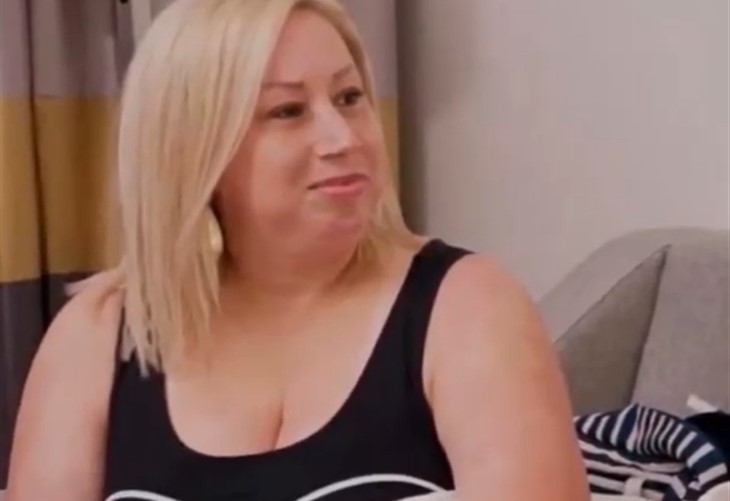 “90 Day Fiancé” star Angela Deem recently had a great time in Las Vegas with her co-stars in the TLC show and her ex-BFF, Jojo revealed who paid for her former friend’s birthday trip.

Deem rocked Las Vegas during her birthday celebration with her daughter, Skyla Rae. They were joined by her “90 Day” co-stars Kalani Faagata, Asuelu Pulaa, Tiffany Franco, and the Las Vegas local Tom Brooks together with his new girlfriend, Mariah Fineman. In Tiffany’s Instagram live, the party was completed with sparklers, drinks, and fancy signs saying, “Happy Birthday, Angela.”

Though the information was not completely elaborated, the TLC star’s former friend, Jojo shared that someone named Renee, whom they randomly met on the plane before, paid for Deem’s trip to Vegas.

In an Instagram post shared by the account named Mommy Says Bad Words, Angela can be seen wearing a red outfit and having a great time with her companions. The caption says: “Mangie made HER FRIEND pay for her party at Tao. That’s a new low, even for her. That’s thousands of dollars.”

‘90 Day Fiancé’ Spoilers – The Comment Section Was Flooded With Negative Feedback For The “90 Day” Star:

“That does not shock me in a bit. What do you expect from a donkey? A kick or a kiss?” another one chimed in with laughing emojis.

A fan of the TLC show got an update from Angela Deem’s life straight from the latter’s mouth as they stumbled upon each other somewhere in Las Vegas.

A couple tried to retrieve their lost credit card in the lost and found area where Angela happened to make her way towards them to find her lost mobile phone, which made the fan have time to ask questions with the TLC star.

The fan, Mapleface92 posted on Reddit and shared her encounter with Angela Deem saying: “Her and Michael are still together and waiting on his visa. She was in town for her birthday. Skyla was there too, as well as her patient coordinator from the plastic surgeon. I think she said she’s moved to LA?”

“Got to hear all about her disdain for mother Debbie and her EX bestie Jojo. Wants another tummy tuck but looked pretty skinny. Said she gets recognized ‘a ton’ in Vegas.”

The post is confirmed to be true since the grandmother of six recently celebrated her birthday in Las Vegas with her daughter and “90 Day” co-stars.