B&B Spoilers Next Week: Taylor Blurts Out Truth, But Does Ridge Feel The Same Way? 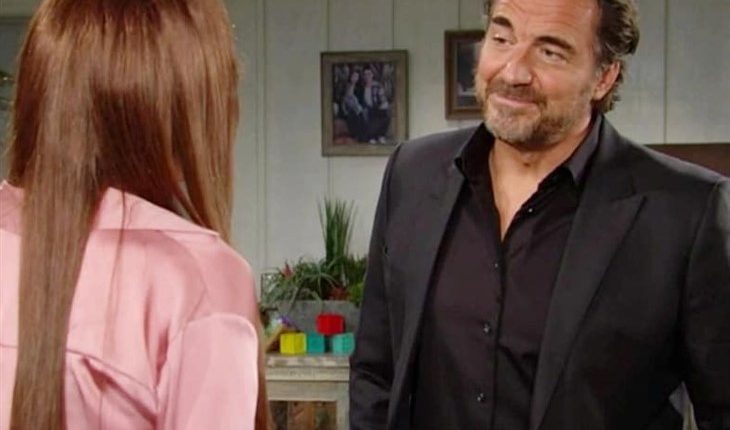 The Bold and the Beautiful (B&B) spoilers for the week of December 20 reveal that Ridge Forrester (Thorsten Kaye) has another argument with his wife. Ridge immediately turns to  While venting his frustration with Brooke Logan Forrester (Katherine Kelly Lang), Taylor blurts out an admission. Could Ridge feel the same way, though?

B&B spoilers reveal that Ridge and Brooke have broken up more times than viewers can count. However, they always seem to drift back to each other and the couple is still referred to as “destiny.” During the week of December 20, Ridge and Brooke will have another explosive fight. It is most likely about Deacon Sharpe (Sean Kanan) and Hope Logan Spencer (Annika Noelle).

It is teased that after “Bridge” has another major argument, Ridge will go see Taylor. Ridge has already vented to Liam Spencer (Scott Clifton), Steffy Forrester Finnegan (Jacqueline MacInnes Wood) and Thomas Forrester (Matthew Atkinson). Ridge has spoken a bit to Taylor already about Hope allowing Deacon back into her life. This time, Ridge will have more of an outburst regarding Brooke’s decision to side with Deacon.

The Bold And Tthe Beautiful Spoilers – Blurting Out Love Confession

The Bold and the Beautiful spoilers reveal that Taylor admitted to Steffy that she has never gotten over Ridge. However, actress Krista Allen told Soap Opera Digest that Taylor respects Ridge and Brooke’s marriage. The actress explained that despite Taylor still being in love with Ridge, she will try to push her feelings down.

Apparently, she isn’t able to do that for long. It is stated that during the week of December 20, Taylor makes a confession to Ridge. Could she admit that she’s still in love with him after all of these years?

Even though Taylor would love nothing more than to be with Ridge again, will it actually happen? Ridge could tell Taylor that he still loves her, too. However, does he really feel that way or is he just angry with Brooke? Allen told SOD that while Taylor is in love with Ridge, he’s still in love with Brooke. So, it sounds like Taylor will once again get her heart broken.

What do you think Taylor Hayes confesses to Ridge Forrester? If Taylor admits she’s still in love with Ridge, how will he respond? Does his future lie with Taylor or Brooke? Tell us your thoughts and remember to keep watching the CBS soap to see what happens next.