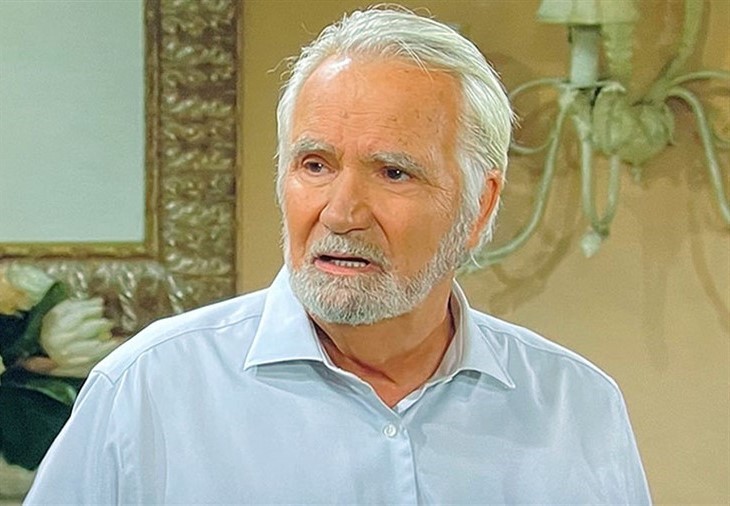 The Bold and the Beautiful (B&B) spoilers document that Eric Forrester’s (John McCook) absence was felt during the Thanksgiving-themed episode. Ridge Forrester (Thorsten Kaye) took the lead, serving as the head of the family.

Instead of the hosts and each guest stating what he and she were grateful for, while they sat waiting to each the delicious meal Pam Douglas (Alley Mills) and Charlie Webber (Dick Christie) prepared with comic relief, Kaye’s character offered his take on various people’s lives. The lessened effect was felt.

Yes, a different take can taste like fresh, hot bread. However, Thanksgiving and other major holidays across the world are about collective tradition.

The intention is to promote the common good on B&B rather than promote the emptiness of individualism that some narcissists promote in this version of Los Angeles, California.

The Bold And The Beautiful Spoilers – Quinn Fuller Caused The Break

It stands to reason that Thanksgiving dinner was not held at Eric’s home because of Quinn Fuller (Rena Sofer). Counters to this assessment could be right. However, it feels like this take is implied or apt.

Ridge and Brooke Logan Forrester (Katherine Kelly Lang) can no longer stomach Eric’s destructive decisions. While they care for him, Bridge did not want to enable Eric’s latest Queric reunion choice, which exonerates Quinn for all she has done.

The issue is cut-and-dried. Eric was betrayed by Quinn on multiple occasions in recent months. When learning about Queric, Eric decided that he had to accept it because his love for Quinn was overwhelming.

Lucille Ball tolerated Desi Arnaz’ misbehavior ages ago. That real-life couple loved each other. But their enduring marriage was fraught with needless instability.

Eventually, Lucy divorced Desi and married Gary Morton. One of Hollywood’s greatest of all-time actors remained married to him for the rest of her life.

Project the iconic sitcom, I Love Lucy, into B&B’s world. Eric is tolerating his wife’s behavior, much to his loved one’s chagrin. But that does not mean Queric will last forever or that its dynamic can not develop.

The Bold And The Beautiful Spoilers – Maintaining Break Or Changing Course?

Bridge and some others will have to force themselves to be around Quinn if they want to remain connected to Eric. Christmas is approaching and with it, another holiday will be spent in separate homes.

But Eric could choose to take a stand. He could send Quinn packing or choose to be with his family and leave Sofer’s character at the mansion.

The Christmas season is now approaching in earnest. Eric’s piano renditions need to be heard. And maybe, just maybe, Quinn will have a change of heart and become more than she ever was.