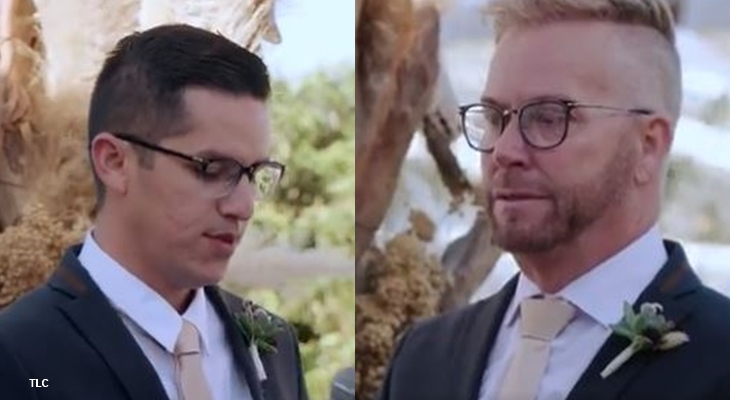 90 Day Fiance: The Other Way fans finally got to see the wedding between Kenny and Armando. Actually, TLC fans adore the couple. After all, they seem an authentic same-sex couple, unlike Stephanie Matto and Erika Owens. Fans heard that Armando’s dad wouldn’t attend, so did he finally make it there? Read on to find out. Caution: this article contains spoilers for the November 28 episode.

Armando Rubio’s relationship with Kenneth didn’t go down well with his father. Actually, he repeatedly refused to be part of the celebration. In a last-ditch attempt to get him to attend the celebration, Armado called him and fans saw that play out in early November. Of course, his dad took a long time to get used to the idea of a gay son. Bear in mind, Armandi had previously married the mom of his daughter. Plus, in their Mexican culture, openly gay couples are not as acceptable in the USA. Kenny wondered if the family would ever come around to the idea.

The 90 Day Fiance couple seemed very serious about marrying, and in fact, they discussed enlarging their family. Mind you, Kenny wasn’t so thrilled with Armando’s idea that they should adopt an infant. After all, he’s much older than Armando and already has fully grown adult kids and grandchildren. In time, perhaps fans will see that area of their lives play out. For now, they just focused on their special wedding day. But, was it spoiled because Armandos’ dad didn’t attend?

Screenrant reminded readers that Armando couldn’t even persuade his dad to give the wedding ceremony a miss and just attended the reception. However, the older man replied, “I’m uncomfortable with that.” Very sad about it, Armand said in a confessional, “To hear from his own voice and him confirm that he isn’t coming to the wedding is hard to hear. I wasn’t expecting to hear this.” Anyway, hoping he would change his mind, he said that he’d make sure a plate and a chair were available for him. 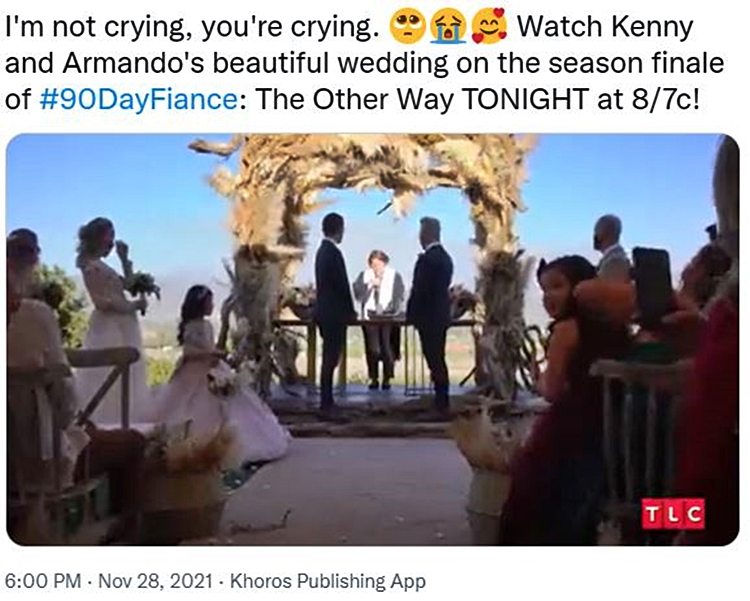 When the 90 Day Fiance wedding episode played out, fans saw with delight, that Armando’s dad changed his mind. He was there, and not only that, but he even wiped away a tear. The emotional ceremony saw both Armando and Kenny do likewise as they exchanged their vows. They both promised to be there through difficult times and good times and to love each other for the rest of their lives. Naturally, fans reacted to the wedding and the fact that Armando’s dad attended.

On Twitter, 90 Day Fiance fans talked about the wedding. One of them said, “I’m so glad Armando’s dad showed some emotion.” Then another fan noted, “His Dad wiped a tear awwwww love this.” Overall, the sentiment about the entire wedding seemed very nice, As one fan pointed out: “No doubt!! The most beautiful wedding I’ve EVER seen!” The fan added, “From the touch of the decor, the color chosen for their guests…Such a FINE taste!
Seeing Armando’s parents there, was the BEST of all!.” They ended by saying, “My FAV couple of ALL 90 day Fiancé seasons!!

Be sure to catch up on everything happening with the TLC franchise right now. Come back here often for more 90 Day Fiance: The Other Way spoilers, news, and updates.