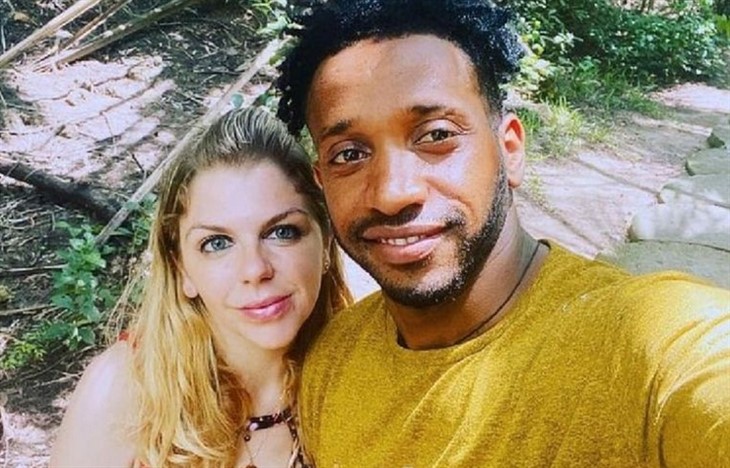 Meta-tag: As Ariela has already applied for Biniyam’s K-1 visa, fans are speculating they will feature on season 9 of 90 Day Fiancé.

Despite their many problems, New Jersey native Ariela Weinberg and Ethiopian native Biniyam Shibre have become fan favorites on 90 Day Fiancé. The cute couple is set to marry by the end of the current season of The Other Way. Now clues have appeared that Ari and Bini might appear in season 9 of 90 Day Fiancé.

Ariela has applied for Biniyam’s K-1 visa and is hoping that it will be approved. Previously, he was denied a visa a couple of times when he wanted to travel there with his former wife, Bria and his first son. He did eventually make it to the US for humanitarian reasons. However, recent Instagram posts do point to him having successfully received his K-1 and living in the States.

A while back, Ariela told her family that she had applied for Biniyam’s visa, but the COVID-19 pandemic was delaying the process. At the time she said, “Since [COVID-19] happened, the embassy is closed, so I don’t even know if they’re still working on the visas at this point.” Meanwhile, Ari did mention that the immigration authorities had “cashed the check,” meaning that the government was currently working on Bini’s paperwork.

Even though Biniyam doesn’t really want to leave Ethiopia, it would be great if they could settle in the US for so many reasons. For instance, when Avi suffered a hernia, Ariela had to fly him to the US for treatment. You never know what might happen with a child’s health along the way.

The fact that Ari has applied for Bini’s K-1 visa does point to their life continuing together, but there is a major reason why they might come back on season 9 of 90 Day Fiancé. As mentioned above, the couple is fan favorites. Despite the fact that they always seem to be arguing and fighting, they are very popular on the show.

Should they move to the US, TLC’s producers might feel it is an excellent idea to bring them back for more appearances on reality TV. On top of this, fans allegedly spotted Ariela filming during Biniyam’s MMA gig in New York City some months ago. Back in July this year, another fan spotted Ariela and Biniyam outside a restaurant in Manhattan. They were apparently ordering takeout when they heard about the shoot and revealed that while waiting around to find out who it was, he saw Biniyam walk downstairs and right past him.

Hopefully, the rumors are true and Ariela, Biniyam and, of course, Aviel will return to reality TV and star in season 9 of 90 Day Fiancé. Readers, what do you think? Would you like to see the fan-favorite couple returning for another stint on reality TV? Let us know by dropping a comment below.

In the meantime, keep up with 90 Day Fiancé: The Other Way on TLC, Sundays at 8 pm ET.