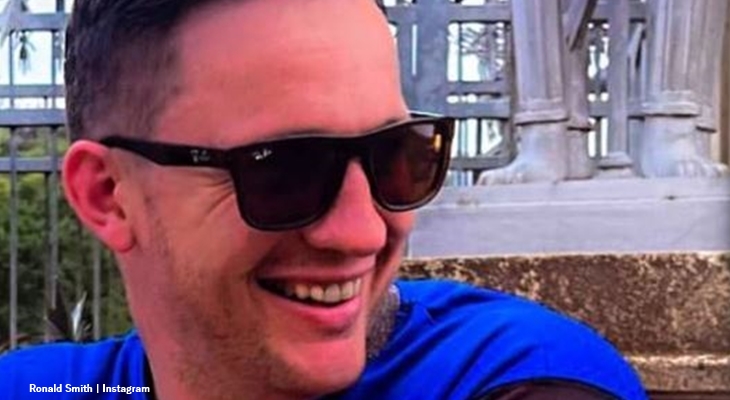 90 Day Fiance star Ronald Smith announced that his divorce is now official and he has every intention of moving on from Tiffany Franco. Interestingly, after slamming him in the Tell-All, Tiffany seems to be trying to do a belated U-turn on the hot mess. The public spat came about when he started posting videos and photos of his new girlfriend, Lauren Fraser. Tiffany made the claims that she was trying to get Ronald back and that they had been messaging one another in an attempt to repair their marriage.

90 Day Fiance Ronald Smith And Tiffany Look All Over

For months now, fans discussed the fact that Tiffany and Ronald seem over forever. Well, she clearly dissed in him multiple times, and the Tell-All got TLC fans spitting. She seemed really demanding, unforgiving, and bossy. So, her sudden change of heart this week, where she claimed they try and repair their marriage seems a bit late in the day. In a Live on Instagram, Ronald claimed, “The story of her saying that I said we must fix things and so on, that’s a lie. Tiffany, just accept it’s over. Accept it and move on. I told you, move on, go on with your life. You deserve happiness. But you want to make it so ugly and talk all this BS. Saying that I jerked off to you yesterday? Tiffany is crazy. That’s [delusional.”

While many fans condemn the 90 Day Fiance star, because of the kids,  Ronald Smith seems likely to contest custody of at least, his daughter Carley Rose. Perhaps her fans forget that she fell pregnant and then made the choice to return to the USA. In fact, she abandoned him, rather than the other way around. That will probably look good for Ronald in a South African court of law. Actually, at one stage, he claimed that he intends to fight for some sort of custody rights. So, far, no more news came on that, For now,  they seem at odds with each other as to whether they are actually officially divorced or not.

Ronald Smith took to his Instagram on December 1 and shared a post about how much he loves his new girlfriend. Then, he added, “JUST FYI FOR ALL WHO WONDERED I GOT THE DIVORCE PAPERS TODAY ITS SETTLED DONE AND OVER WITH 🙌.” Well, some folks congratulated him and said that he was in a better place without “controlling” Tiffany. However, others claimed they worried more about the kids, Daniel and Carley. Well, he never officially adopted Daniel. So, the chances of getting custody rights for him seem dismal. However, he might be able to see his daughter. 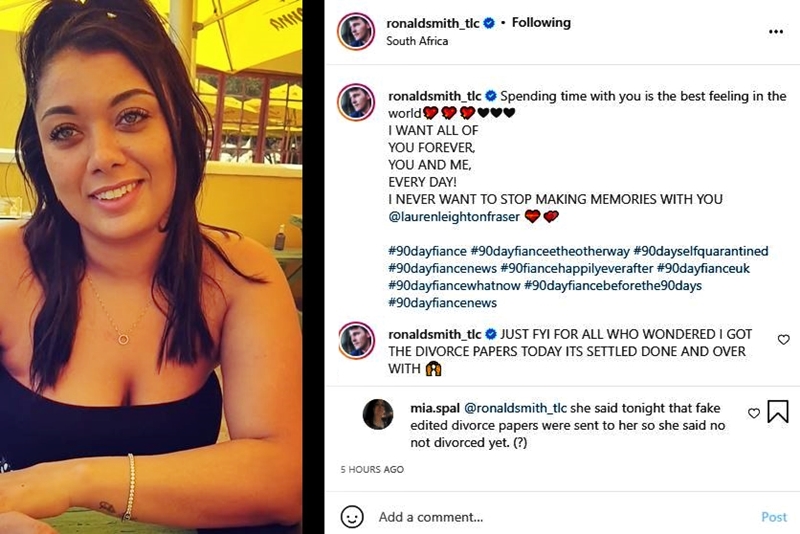 One 90 Day Fiance fan pointed out in the comments, that Tiffany revealed a different story. They noted, “She said tonight that fake edited divorce papers were sent to her so she said no not divorced yet(?)” Either way, it looks like the ill-fated marriage is over, or at least, it soon will be. Even this couple, who trolled fans for so long, might actually end it this time. Fans always believed that their drama was just to guarantee another season on TLC.

What are your feelings about 90 Day Fiance stars Ronald Smith and Tiffany franco going so public with their divorce? Do you think it’s all just hype to guarantee a return to the show? Or is it really over and a divorce will happen? Sound off in the comments below.