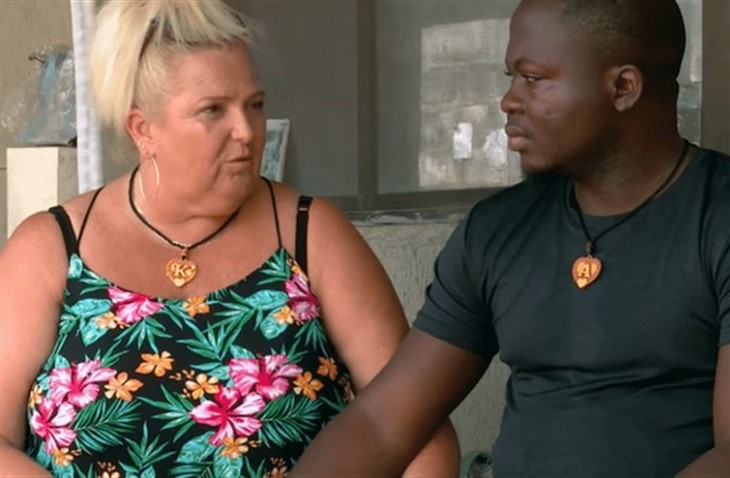 While 90 Day Fiancé star Angela Deem attracts a lot of criticism over controversial statements and actions, her husband, Michael still stands by her. In his latest video on Instagram, Ilesanmi addresses the tensions between Angela, Jojo and Debbie, while supporting his American wife.

Over the last few months, 90 Day Fiancé star Angela Deem has attracted plenty of criticism. This was especially so when she flashed her new boobs for the cameras on the 90 Day Fiancé: Happily Ever After? Tell-All. In that episode, she also told Michael, who is still in Nigeria, that she is “done” with him and insulted him by claiming he was getting a penis extension. Angela also, reportedly, claimed that she isn’t legally married to the Nigerian native in the US.

90 Day Fiancé fans were, understandably, under the impression that the couple was no longer together. However, in a video posted on Instagram, Michael addressed the ongoing war between Angela, Jojo and Debbie, while giving his wife his full support, so the love is still there.

Fans have been captivated by the fallout between Angela and her BFF, Jojo, for around a month now. However, when Angela’s own daughter failed to support her, it turned out Jojo was the one who was there for her. Jojo had become a fan favorite over her calm and loving personality, but then they stopped being best friends.

Jojo eventually revealed that the reason for their friendship ending was Debbie Johnson after she and Angela met Colt’s mom in Las Vegas. When Jojo claimed Angela wanted credit for bringing her and Debbie together and Angela ended up calling her best friend a “lying b****” and “irrelevant.”

While the drama continues, Angela keeps posting passive-aggressive messages about Debbie and Jojo to her Instagram. She also sarcastically thanked “the two ladies” for their alleged lies while posting a Thanksgiving message to her IG followers.

It turns out Michael is also making himself heard in his own Thanksgiving message on their shared Instagram. Seated in a car, he starts off by wishing his followers a Happy Thanksgiving. However, he continued by referring to “all the drama” regarding Angela lately. Michael told his followers, “Please, I want that to end,” adding, “She’s my wife, I love her so much and also I’ve been hearing, seeing a lot of threats against her.”

Michael wants whoever is threatening Angela to stop doing so. He said threatening his wife also means they are also threatening him. “Because she’s my wife, she’s a part of my family,” he added. Ilesanmi went on to tell Angela’s critics that it is not compulsory to be friends with someone. Apparently referring to Jojo and Debbie, he explained that she is no longer interested, adding, “She’s not having anything to do with you again. So why you still talking about her?”

It is unknown whether Michael’s video will have any major effect on the ongoing feud. Meanwhile, Angela has not addressed his video but was likely asked by him not to do so.

Currently, fans can catch season 3 of 90 Day Fiancé: The Other Way on Sundays at 8 pm ET on TLC.