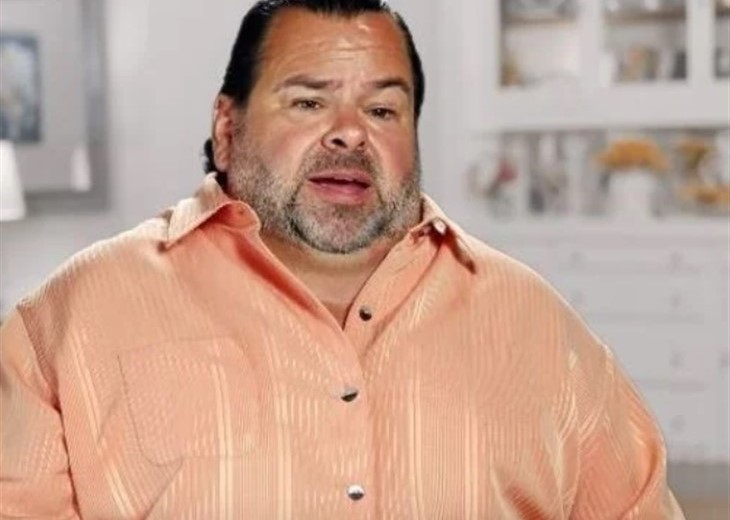 An abusive call between 90 Day Fiancé star Big Ed Brown and Elizabeth Marie has been leaked. In the expletive-studded audio, Ed yells and gaslights Liz, once again revealing his toxic character. While it is hard to believe fans could be even more shocked by the TLC reality star, they are now calling for the real network to fire him. Meanwhile, at the same time, it has been confirmed that Brown is returning for season 2 of 90 Day: The Single Life.

From Big Ed’s previous appearances on 90 Day Fiancé with his former girlfriend, Rosemarie Vega, fans already know how toxic this guy is. He emotionally and verbally abused his much younger Filipina girlfriend until she had enough and broke it off with him. Luckily for Rose, she hasn’t looked back and is doing very well for herself.

On 90 Day: The Single Life, Big Ed starred again, this time with another woman half his age, Elizabeth Marie. It was immediately clear that the relationship with Liz and Ed was equally toxic, but fans didn’t know until now just how abusive it truly was. Right from the start of the season, Ed’s jealousy and insecurity issues were clear and he disrespected Liz from the start. He also pushed her to get intimate with him, which frankly made many fans feel positively ill.

All along, there have been major red flags relating to Brown’s appearance on the TLC reality show, but yet, they keep on hiring him. It can only be hoped that after the abusive call has done the rounds, the network will have the sense to drop him.

The audio call (included below) has fans truly disgusted and shocked by Big Ed. Readers are warned that the audio is literally peppered all the way through with expletives – mainly the f-word, used over and over again. Brown hardly gives Liz a chance to speak and just keeps on yelling at her. The audio was leaked on the Instagram account @90daycouple. 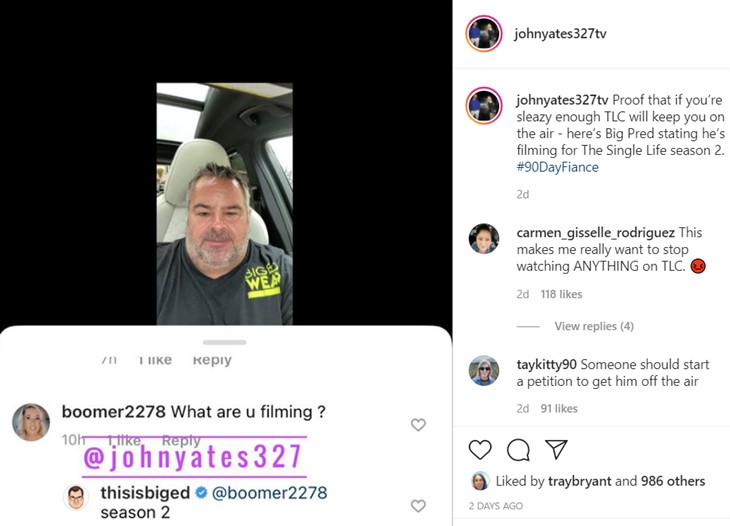 While Ed has been abusive to Liz all along, it is now clear exactly how mentally abusive he is to Liz. The current tirade relates to the fact that Liz gave a co-worker a ride home, which obviously brought up his insecurity and jealousy once again.

Liz can be heard crying as he continues yelling at her, while she tries to explain the situation. She reminds Ed that he approved when she asked his “permission,” so why is he doing this to her? Liz reminded him that he told her she was a good person and that she was kind to be helping her co-worker.

Big Ed isn’t the first abusive person hired by TLC. The network has had many accusations that they allow criminals and sexual predators onto their shows. Over the last few months, news relating to abusive TLC cast members has hit the headlines again. This includes the Josh Duggar child pornography case. Readers will likely know Josh from 19 Kids And Counting.

Then, on Seeking Sister Wife, domestic violence allegations are still all over the news relating to Dimitri Snowden. When it comes to Little People, Big World, Jacob Roloff made molestation allegations against a TLC producer.

It is unclear whether TLC is in any way related to “Tender Loving Care,” but it seems that in certain aspects the network is going for sheer shock value.

Right now, TLC is bringing Ed back for the second season of 90 Day: The Single Life. Hopefully, complaints by shocked fans about this abusive Big Ed audio will do the trick and get him fired.