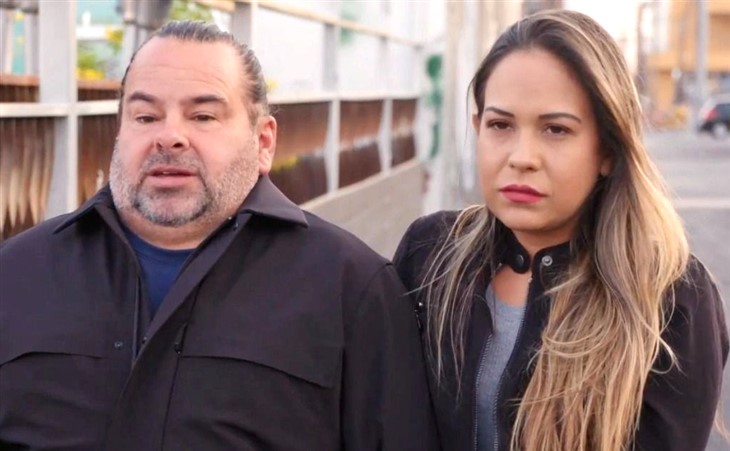 Before they sealed their romance with a diamond ring, the couple have gone through trials with their relationship. When they started dating, many fans hated the pairing because of how terribly Big Ed treated Liz. Ed’s daughter, Tiffany, even called Liz “rugged” and demanded she gets Botox.

When the single mom couldn’t take the trouble anymore, she called it quits with Big Ed. Liz announced their break-up and described Ed as a “narcissist.”

It seemed like the two were meant for each other as they fell in love again and took their relationship to the next level. Liz Woods posted several photos and videos during the week of their engagement in her Instagram account showing the diamond in her ring finger and their fun times in Santa Barbara, California.

She captioned her post with: “The week we got engaged back in August. Our little getaway celebration! I cried so hard. You Are My Blue Rose. The best part, nooooo cameras @thisisbiged matching tattoos.”

Some friends showed their love for the couple in the comment section. Big Ed also commented with lots of red hearts and fire emojis saying, “What a ride!!!”

Despite their smooth-sailing relationship nowadays, there are still people who criticize the couple, like accusing Liz as an attention seeker, that she just connected with Big Ed for fame.

The 56-year-old TLC star, Big Ed, believed that his relationship with Liz in the past was not in the right timing, which he claimed to be the reason for their break-up.

The couple reunited and recently got engaged. When asked why things didn’t turn out right with Liz before, Big Ed mentioned that the timing was not great for both of them and he was going too fast with the process of healing his broken relationship with his Filipina ex-girlfriend, Rose.

During his interview with People, Big Ed said: “The timing wasn’t right and it was rushed – we both rushed things.” He also admitted that he was being a bad boyfriend to Liz and that he didn’t treat her right.

Ed Brown also confessed that during the time he ended his relationship with Liz, he realized that the two of them were meant to be together.

“About a month before we got back together, I realized that I really didn’t appreciate who she was and I don’t want to love anybody else, and never in a million years did I think that I would ever be together with Liz – it’s just surreal,” Big Ed stated.

Could their love for each other be sweeter this second time around?