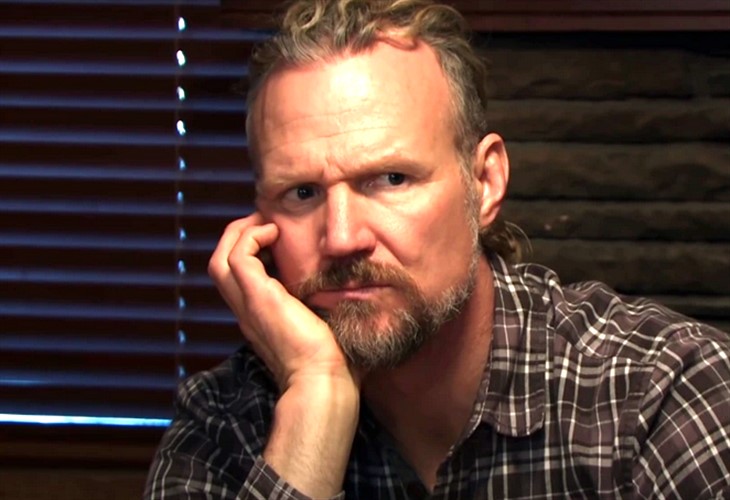 Sister Wives season 16 looks like a game changer for the polygamy reality TV show. Kody Brown and his four wives Meri, Janelle, Robyn, and Christine started off with an argument. And given that we already know Christine split from the polygamist patriarch, we’re anticipating fireworks ahead!

Spoilers hint that the spotlight will focus on Kody’s relationships with his wives. In addition to uncovering more about why and how Christine split, Sister Wives season 16 could confirm what many fans suspect: Kody’s only real romance is with his fourth wife, Robyn. And one wife’s relationship in particular could get uncovered as totally fake! Find out more below.

Even before season 16 began, rumors swirled that Sister Wives would see the exit of at least one wife. And earlier this month, all those rumors became true. Christine Brown, who became Kody’s third wife in 1994, split on November 2, per the Sun.

The 49-year-old announced her split with a simple statement. “After more than 25 years together, Kody and I have grown apart and I have made the difficult decision to leave,” wrote Christine. That exit occurred when she discovered that Kody did not support her desire to return to Utah. As a result, she felt that her only choice was to leave him and the Sister Wives clan.

But some fans predict that at least one of Kody’s other wives will follow Christine in exiting from Sister Wives. Despite the polygamist patriarch’s efforts to keep his family together, Kody has repeatedly shown favoritism for his fourth wife, Robyn. And that focus, combined with ongoing clashes among the wives vying for his attention, could result in the exit of Meri. Keep reading to discover why!

Kody Brown and Meri tied the knot in 1990. But despite all those years together, rumors are swirling that Meri will join Christine in splitting from her polygamist spouse. And her desire to quit may go all the way back to the arrival of fourth wife Robyn in Kody’s life.

Meri and Kody became legally divorced in order for Kody to adopt Robyn’s three children from her previous marriage. As a result, Meri and Kody have a “spiritual” union rather than a legal marriage. But a source quoted by the Sun described that relationship as completely faked!

“She and Kody have had zero relationship — it’s all fake,” insisted the insider. “They’re together for TV, essentially.” However, Meri herself may have caused at least some of the problems in her relationship with Kody.

Meri and Kody both have admitted that the catfishing scandal impacted their marriage. In 2015, Meri communicated with an individual online. She even told that individual that she loved them, a confession that hurt Kody when he learned about it. And although the two supposedly recovered from that scandal, their marriage reportedly was never the same.

What do you think? Do you predict that Meri will join Christine in splitting from Kody? Share your views with us. And then check back on our site for all the Sister Wives news!