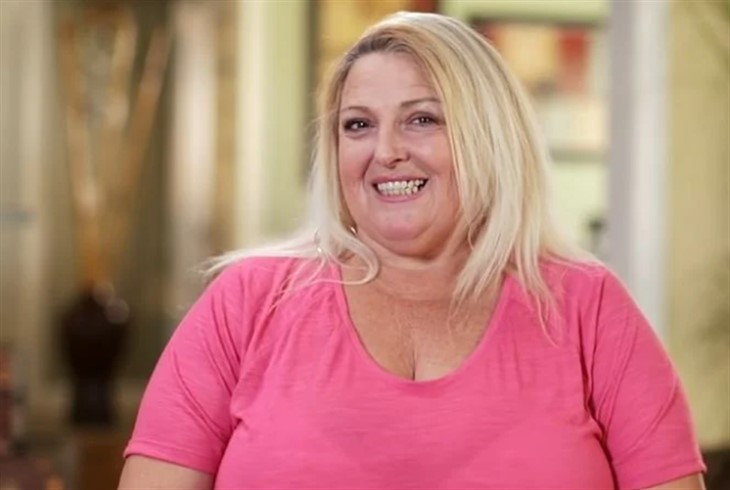 Sunday Episode of “90 Day Fiancé: Happily Ever After?” featured Angela Deem purposely picking on his husband to make him jealous over a surgery doctor also named Michael.

Ahead of the season’s premiere, Angela spoke to ET last month and revealed she already lost 100 pounds since her weight loss surgery. The participant even confessed Michael was an “as*” far from being supportive.

In the latest clip, Angela, 55, was getting ready for her life-changing moment but was challenged to update her Nigerian husband Michael Ilensami, 33, who is already seven months apart from her away in Nigeria waiting for his visa to get approved. Angela video called Michael to tell him about the news he doesn’t want to hear.

“You know, he already doesn’t like the idea that I’m gonna have weight loss surgery, so I am sure that he’s gonna fight me on this breast reduction,” Angela said to the camera.

When Angela called him, the franchise couple started being cuddly saying how they miss each other, but the atmosphere heated when Angela went on saying she got something else to tell him. The woman stuttered at first but made it clear her doctor was concerned with how big her boobs are.

“What does that got to do with the surgery?” the husband interrogated. Michael, who has made it clear to his wife that she is against it since the start and that there’s nothing more for her to fix since he loves her the way that she is, looked so unamused with what he heard.

“But, he is my husband, so, I gotta break it to him one way or another,” Angela explained on the clip.

Seeing her husband starting to get angry, Angela explained she went to see Dr. Michael K. Obeng and mistook him as her husband for a minute. “I was just staring at his eyes, like, god dang he looks like Michael.”

Michael was speechless, so Angela continued on narrating what her “boob doctor” needed to do in order to get the right diagnosis. “And to have a consultation with him, I had to put a robe on and de-robe. That’s the doctor, he has to see how heavy they are, feel them, you know, medically massage — examine them. He medically handled them,” Angela narrated to her husband, to which Michael remained silent but furious.

Laughing in victory, Angela admitted to the confessional: “I like to pick on Michael.”

Even after her husband’s unending reassurance of her love and acceptance for her, Angela still advanced her plans of losing weight all because she thought her worries would disappear upon marrying Michael “but actually, they’ve gotten worse.”

A previous solo confessional of Angela explained the reason behind her desire to continue with the surgery that has something to do with the couple’s age gap. “It’s not that I don’t care about what Michael thinks. He’s gonna be 33, I’m gonna be 55. My skin’s going to change, and I’m going to start to look older than I am. And Michael is still going to be as young as he looked the day I married him,” she explained.

“So, if I’m not young, I need to at least look the damn part and it starts with my weight.”

Days Of Our Lives (DOOL) Spoilers Friday, May 7: Susan Nearly Blows Her Cover