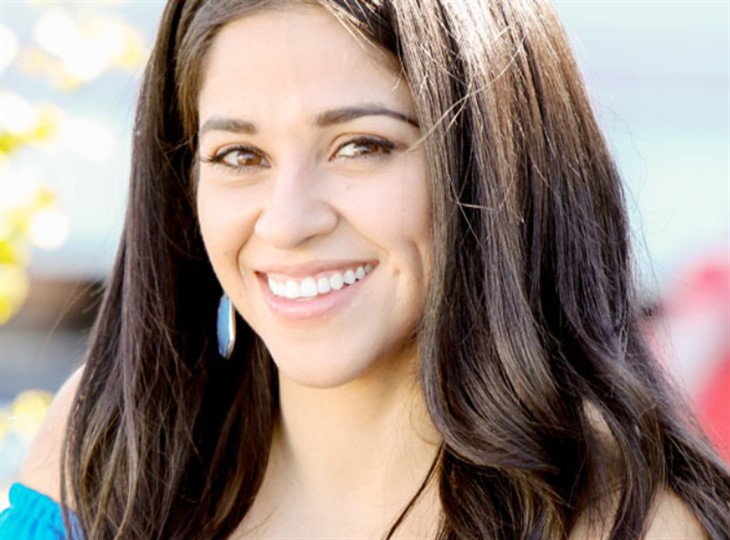 The Young and the Restless spoilers tease that alum Noemí Gonzalez (Mia Rosales) is spilling an important deet about her next project. She will be in Netflix’s Selena The Series, starring as the late Tejano singer’s sister.

The alum posted some news on her Instagram updating what we already knew about the exciting new series: “12/04 @netflix 🙏🏽💜🌟 what a great day on this magical setting with an incredible cast & crew. Thank you all so much for the love & support esp on our teaser release day! We are giving it our all for Selena, her music, legacy, and fans!!! 🙏🏽✨💜 see y’all in December!!! 💜😬🙈✨🙏🏽”

According to Gonzalez, the series drops on December 4, and fans of Selena will no doubt be happy to hear the news.

In a separate post, Gonzalez shared a cast picture with the caption, “Selena y Los Dinos!!! 12.4.20 💜✨🙌🏽 I am so thankful to the real Selena y Los Dinos for all their music that will live on forever. Thank you for having me represent you 🙏🏽✨💜 forever grateful. Selena forever 💜✨🙏🏽”

Her Insta has a link to the series trailer as well. The series will follow Selena’s musical ascent and examine her family life as she and her loved ones make hard decisions about her career and personal life. There are two actresses playing the role of Selena. The adult Selena will be portrayed by Christian Serratos and the younger version will be played by Madison Taylor Baez.

The Young And The Restless spoilers – Will Mia Rosales Come Back To Genoa City?

Gonzalez’s alter ego, Mia Rosales, left town after becoming pregnant by her husband’s brother. It was an ugly situation and it was a case of history repeating itself as these two had cheated on Rey Rosales (Jordi Vilasuso) years prior to the clan landing in Genoa City.

Over time there have been hints that the family is on speaking terms again, as the birth of a precious baby seems to melt the hardest of hearts. There was a time when fans speculated Mia could come back to cause trouble, but for now, Rey is happily ensconced at Sharon Newman’s (Sharon Case) home helping her recover from cancer. A return of the extended Rosales family seems far fetched at this point.