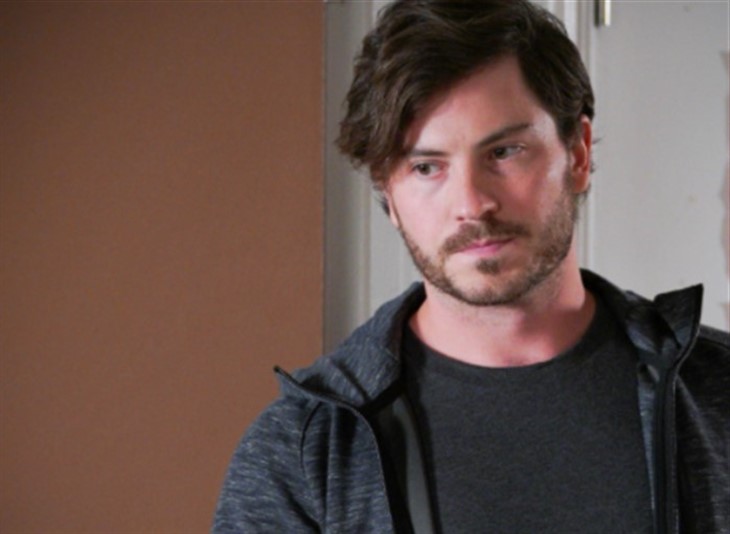 Eastenders spoilers for Monday will have Frankie Lewis (Rose Ayling-Ellis) realizing the truth. Mick will push his family away, which has Linda searching for answers. Ben Mitchell (Max Bowden confides in Callum Highway (Tony Clay) about Phil Mitchell’s (Steve McFadden) visits, but the conversation is overheard by someone. That person then goes and shares the secret with others.

Also, Ruby and Martin Fowler (James Bye) will return from their trip and share shocking news about their relationship. The bombshell ends up leaving Stacey absolutely mortified.

On Tuesday, Gray will be overwhelmed with guilt, but others mistake it for grief. Linda tries to help out with the children and cleaning. However, she is stunned when she ends up the target of the widow’s rage. Elsewhere, Phil’s visits to his son will be found out by Denise Fox (Diane Parish).

Ruby invites Stacey to her party and she accepts, but only so she can swipe some booze. Then, Stacey has to hide underneath a desk when Martin and Ruby come in for some spontaneous passion.

On Thursday’s episode, Whitney will find out her verdict. Meanwhile, Linda tells Shirley Carter (Linda Henry) about Gray’s behavior. Others are also discussing the odd way he is asking and Linda brings up Gray exploding at her.

Martin and Ruby find Stacey hiding underneath the desk and demand answers. Also, Denise gives Phil a stern warning about visiting Raymond, but how will he react?

Eastenders spoilers for Friday reveal that Phil is livid that Lola Pearce (Danielle Harold) told Denise about him visiting his son. However, Phil will, later on, end up coming to the rescue. Also, Sharon Watts (Letitia Dean) gets sick and Bobby Beale (Clay Milner Russell) panics and compulsively scrubs the kitchen. Does he have a legitimate reason for it or is he just being paranoid?