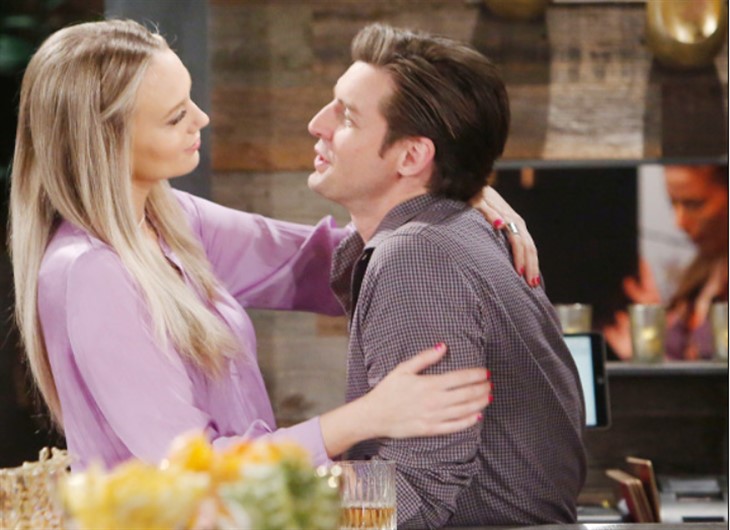 CBS The Young and The Restless spoilers tease that Abby Newman (Melissa Ordway) will tell Chance Chancellor (Donny Boaz) to cut ties with Adam Newman (Mark Grossman) for his own good. But will he?

Viewers will recall that Adam, then going by “Spyder” saved Chance’s life in Las Vegas. Technically, since Adam killed a man defending Chance, it should be considered a form of self-defense. It was the same thing he did as a boy defending his mother. But like the death of AJ Montalvo, (uncast character) which his father Victor Newman (Eric Braeden) covered up, Chance and Adam covered this one up!

Since there is no one else who can verify the killing was in defense of another, it makes both men look guilty! They are each other’s only alibi! With the fallout from Alyssa Montalvo’s (Maria DiDomenico) exposé of Adam part one that Billy Abbott (Jason Thompson) released, what will part two do? Abby is worried! She will likely find out that part two, which deals with Adam’s crimes in Las Vegas, will expose Chance as well. After all, there was no compunction on the part of either Billy or Alyssa about including Adam’s kidnapping of Faith Newman (Alyvia Allyn Lind) in part one. Now Abby’s niece Faith is trying to handle bullying and her mother’s breast cancer diagnosis all on her own, and she’s probably heard about it from big brother Nick Newman (Joshua Morrow).

Both Victor and Adam sued ChancComm to keep part two from being published to no avail. This means Chance will be compromised. For one thing, he is in the process of joining the Genoa City Police Department as a detective. This is not like a private detective or an FBI agent that can keep things under wraps. The exposure of what happened in Las Vegas could not only cost Chance his job opportunity with the police, it could cause him prison time! There are no witnesses to give Chance an alibi except Adam.

Who’s going to trust Adam? As mentioned before, both men look guilty because they covered it up. The man’s widow has been talking to Alyssa and everything is in the exposé. Billy and Chance may be half-brothers through their mother Jill Abbott (Jess Walton) but Billy doesn’t care about that. He’s consumed with his revenge against Adam! Abby will likely hear through the Newman family grapevine that the legal tactics against the exposé being published and released failed.

The Young And The Restless Spoilers: Wednesday, October 7 – Chelsea Takes A Fall – Sharon Worries About Faith – Chance Declares His Love For Abbyhttps://t.co/1N0lBKKSTC

She may reason with Chance that the only way he can protect himself is to cut all ties with Adam. This won’t work, of course. For one thing, if Alyssa found someone who could identify Chance, he couldn’t lie about it. The identification may only be in the sense that he was seen with Adam and friendship between the two was obvious but still damning. For another thing, he owes Adam for saving his life! Chance will likely not cut off ties with Adam and try to blameshift everything to him – it just wouldn’t work!