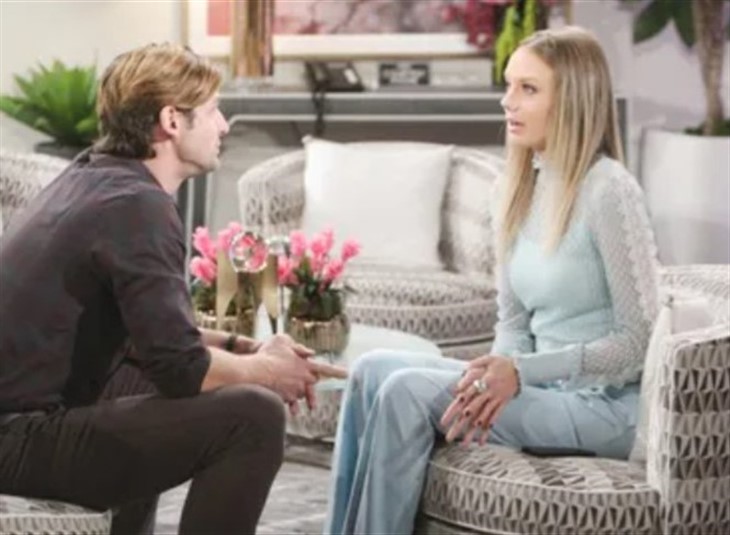 The Young and the Restless (Y&R) spoilers document that Chance Chancellor (Donny Boaz) wants to start a family with Abby Newman (Melissa Ordway). She wasn’t sure about his intentions but is now on board with the man she’s fallen in love with.

But Chabs has a problem and it isn’t compatible, as viewers have seen. Instead, the trouble they face has a specific problem and his name is Adam Newman (Mark Grossman).

Present-day Genoa City, Wisconsin, is rather sunny. Chance and Abby have been progressing with their relationship for months, with a deepening of feelings and a recognition that a longterm future is fully realistic.

However, the past, specifically meaning what happened in Las Vegas, Nevada, has produced a deeply dark cloud that hangs over Chance. He can’t escape its shadow and is now hamstrung by Adam’s refusal to divulge how fallout is being handled.

The death of the suspect Chance was pursuing happened because Adam acted in defense of Boaz’s character and in self-defense. There was nothing wrong with what transpired. Yet the aftermath and both men’s choice to withhold information from the authorities represent crimes.

Chance was right to confront the man he owes his life to. But he was also right to demand information from Adam because they are both tied to what went down and the implications of what might come next.

Adam is a control freak. He believes in his invincibility because he’s twice cheated death, has gotten himself out of other seemingly impossible situations, has been saved by his father many times, and sports the last name, Newman.

All is not well, as Chance senses. He’s more than worried about himself, Chance is concerned with how negative outcomes will also affect Abby and their potential life together.

Sure, Y&R could write Adam and Chance to safety, allowing them to escape any legal repercussions. But it feels as though one, or both characters will soon face the unavoidable consequences of their past actions.

The widow of the dead man, Alyssa Montalvo (Maria DiDomenico), and Billy Abbott (Jason Thompson) isn’t likely to drop their efforts to expose the truth. While they will target Adam, his Vegas connection, Chance, remains in full danger of being brought down as well.