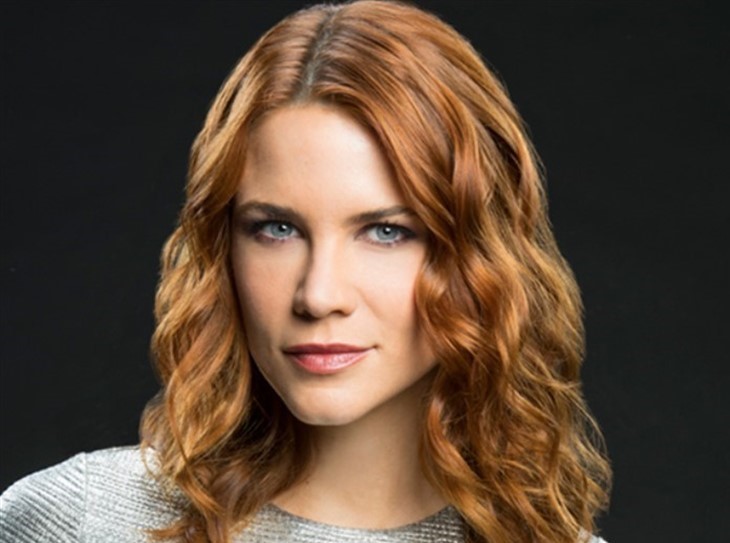 CBS The Young and the Restless spoilers indicate that Sally Spectra (Courtney Hope) has packed her bags and moved from the fictional town of Los Angeles that the legacy families of The Bold and the Beautiful reside in for a new life in Genoa City.

While she is hoping to start afresh and perhaps forget about all of the drama that she left behind at Forrester Creations, it doesn’t look like that’s going to happen. That’s because her new ‘friends’ in Genoa City are certainly going to be keeping her on her toes. Here’s what you need to know.

The Young And The Restless: Why A Romance Between Sally Spectra And Nick Newman Would Be Hot

The last time that we saw Sally Spectra on the canvas, she was faking her own deadly illness in order to make her ex Wyatt Spencer (Darin Brooks) fall in love with her again. Because that didn’t work out to her liking, she decided to confront his new girlfriend, Flo Fulton (Katrina Bowden), and give her a piece of her mind.

Since that also didn’t work out for Sally, she then decided to tie her up to a radiator in the hopes that she could get rid of the wayward blonde forever. Needless to say, it was Sally who ended up sealing her own fate.

Now that Sally is hoping to dazzle everyone with her stylish creations in Genoa City, there’s a good chance that she might also impress the local male population with her beauty, her wit, and her sass. After all, she is a drop-dead gorgeous kind of woman.

The Young and the Restless viewers have pointed out that it would be interesting to see Sally hook up with a Newman, particularly Nick Newman (Joshua Morrow). Even though the man has had a very rocky love life in the past, he is still technically single and looking for a good time.

If we know anything about Sally, she isn’t one to pass up a date with a hot, well-connected, and wealthy man too, right? We have a feeling that Nick Newman won’t be spending lonely nights watching television from the couch of his penthouse for much longer. Do you agree?