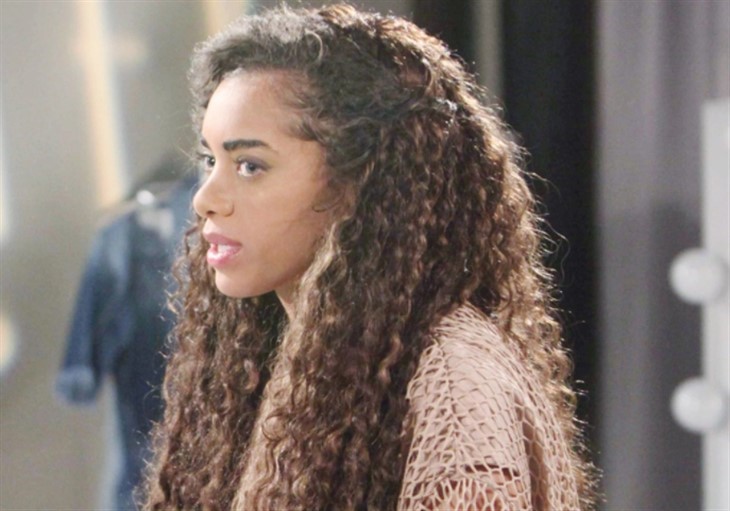 The Bold and the Beautiful spoilers reveal that Carter Walton (Lawrence Saint-Victor) is smitten. However, he has no idea that seductively flirted with Zende Forrester (Delon de Metz). Since the two men are friends, will Zende share what happened and warn Carter that she might not be the faithful type?

The Bold And The Beautiful Spoilers – Carter Walton Smitten

DOOL spoilers reveal that Carter is smitten with Zoe, but how does she really feel about him? They are just getting started with their romance and Carter keeps pulling out all the stops for the young woman. However, he might be wasting his time and it’s possible that in the end, he will just end up with a broken heart.

During a recent episode, Zoe and Zende were working together. She took the opportunity to tell the designer that he was going to be a huge success one day. Now, a compliment is fine, but Zoe went beyond this. She was flirting hard and he even called her out on it. He also explained that Carter was his friend.

instead of apologizing, explaining herself, or correcting her behavior, Zoe continued. She seductively asked Zende if she could be his friend too and she clearly didn’t mean it in a platonic way. Then, she tried to make the indication that if anything happened, it would be okay because Carter hadn’t put a “label” on their relationship yet.

The Bold And The Beautiful Spoilers – Zende Forrester’s Dilemma

The Bold and the Beautiful spoilers reveal that Zende has a dilemma. He really should warn Carter that Zoe was flirting to the extreme with him and tried to justify it. Of course, he might wait and see if the relationship moves forward or not. But still, Carter should know exactly what Zoe is up to when his back is turned before he falls in love.

It was hard to get over Zoe’s part in the “PhoeBeth” scheme. However, she really seemed to be trying to make amends and live her life right. She finally has everything going for her… a great job, the boss has commended her on being ambitious, a roof over her head and she is dating a great guy.

But now we are starting to see her revert to being secretive and devious. The blunt seduction attempt was pretty shameless. Even if her romance with Carter isn’t serious yet, it was plain disrespectful, especially for her to do it to one of his friends.