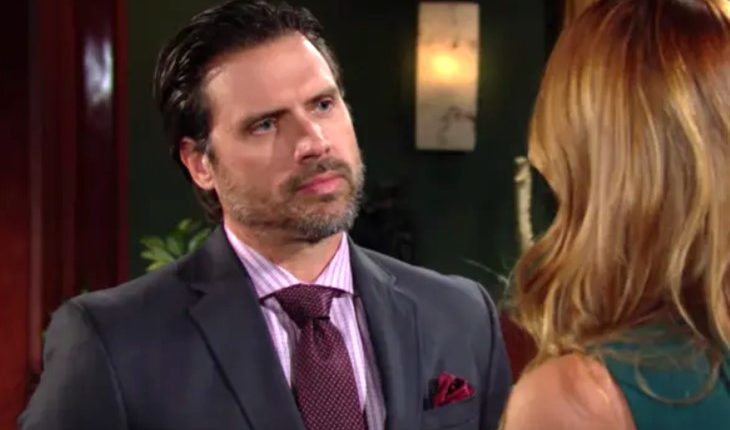 CBS The Young and the Restless spoilers tease the silicious speculation that Phyllis Newman (Michelle Stafford) could be about to do the unthinkable. Is she going to end her relationship with Nick Newman (Joshua Morrow) because she’s afraid he’ll leave her for Sharon Newman (Sharon Case)?

Right now Phick is in the middle of a torrid fling after having been married, divorced, and everything in between. It would seem that Phyllis is in the catbird seat, but appearances can be deceiving.

These three characters have been through the wringer and back and Nick has children with both women. He’s been like a boomerang at times, rebounding with Sharon or Phyllis when one or the other has been made unavailable.

Right now Sharon is unavailable because she’s involved with Rey Rosales (Jordi Vilasuso). But that relationship has been rumored to be about to change. When the show returns to the airwaves on Monday, August 10, will Phick begin to unravel?

Soap Opera Digest’s Dishing with Digest podcast recently had Morrow and Stafford on and the woman who plays Red made an interesting comment that could indicate the future direction that Phick takes.

Stafford noted that Phyllis has always been jealous of Sharon and for good reason. Sharon had Nick’s heart first and his children came before her child Summer Newman (Hunter King).

She also said that Phyllis has felt threatened by the blond bombshell.

Y&R Spoilers – Will Sharon Newman Snag Nick Newman Back To Her Nest?

This kind of sentiment usually plays tricks on the mind. Meaning, that when someone is threatened by something they sometimes act first to prevent the thing they are afraid of from happening.

If Phyllis has any doubt that Nick could leave her for Sharon, might she act rashly and try to dump Nick first so that she’s not the one who is dumped?

The Young and The Restless News Update: Eileen Davidson Is Cussing About Which Controversial Co-Star? #yr #youngandrestlesshttps://t.co/Y2vGURceTi

The Young And The Restless Spoilers – Will Nick Newman Go Back To Sharon Newman If She Leaves Rey Rosales?

Phyllis is such a hothead, it’s possible she kicks Nick to the curb out of fear she might be kicked there first.