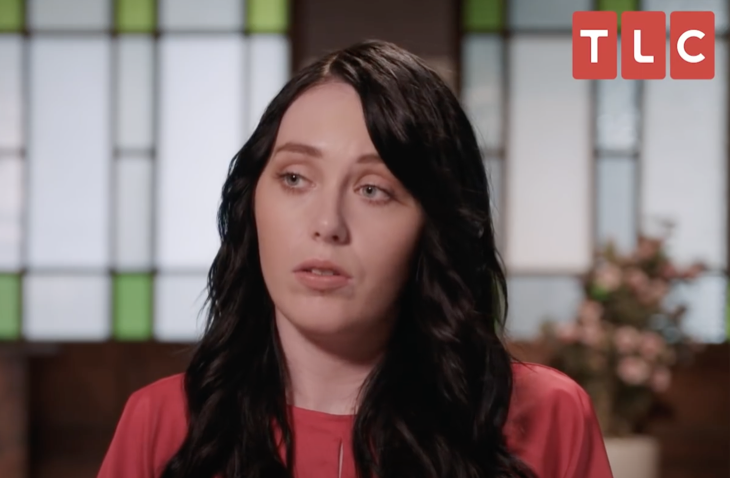 TLC’s “90 Day Fiancé-The Other Way” star Deavan Clegg recently revealed that she has spent an insane amount of money on Jihoon Lee!

Viewers who have been keeping up with the couple on “90 Day Fiancé-The Other Way” know that there have been plenty of money troubles and it is clear that Jihoon doesn’t have a clue about family responsibilities or being a breadwinner. This has been a major source of contention between the two of them, with the latest reports implying the two are done for good with Jihoon recently having deleted all of his social media posts about Deavan and Taeyang, and unfollowing her.

In one episode, he even admitted that he didn’t care about a fulltime job, just being content with his part-time job of being a delivery boy in spite of massive debt that he has incurred. His mother even seems to handle his finances for him, as evidenced by the $3000 Deavan demanded in a recent episode and finding out he had to have his mother withdraw it from her account! Jihoon had lied and scammed Deavan, telling her he had a good job and could support his family, including Deavan’s daughter from a previous relationship, Drascilla.

He incurred all the debt due to some bad decisions he made in the past – although he has not yet been forthcoming about exactly what those bad decisions were. Deavan has told him she would not be comfortable living there in Korea unless he had a good job there, so they could have a good life there. But instead he lied just to get her and the children over there.

Obviously, Deavan has put a lot more into maintaining their relationship than Jihoon has, not only emotionally but financially. After all, this wasn’t the first time she traveled to South Korea! She thought she would get at least some of the money back she had spent on travel when Jihoon had promised to support her and the family this time. His admission that he wasn’t financially ready for them to come over was devastating after he had initially told her everything was fine – it wasn’t only a lie, it was a betrayal as far as Deavan was concerned.

She had worked very hard to support the family after finding out she was pregnant with Taeyang; she, as many single mothers on their own, was very tired but yet working seventeen hours a day to support herself and the kids, plus take care of them, so naturally, she was offended when Jihoon told her he took a part time job so he could have time to take more naps! But exactly how much has Deavan spent on trying to maintain her relationship with Jihoon? Fans bashed her on the blogging site Reddit over her trying to get the $3000 from Jihoon, and she felt compelled to explain things.

#90DayFiance Let me get this straight…Deavan (a single mother) finds Jihoon on an international dating app…meets up with him in the US…has sex on the 1st date…gets pregnant…And Jihoon is immature and irresponsible?!?! Interesting…#deavanclegg pic.twitter.com/GrJs5USTOg

She confessed that she had been working not only 17 hours a day, but 60 hours a week – and she paid for a Vegas trip for Jihoon, paid for travel back and forth, paid for hospital bills, paid for Jihoon’s food, paid for housing and drinks in Korea – totaling $50,000! She also said it wasn’t about the money where her demand for the $3000 was concerned, she just wanted proof that he had actually saved some money!

She went on to verify that she makes her own money and always has, but found out he lied about a lot more than money and a job – she found out that he didn’t speak English-at least not very much – didn’t have two jobs, didn’t finish college or even go to college, didn’t save $20,000 for a house as he had originally told her! Really all she wanted was proof that Jihoon hadn’t lied to her, but what she got was proof that he had!

Stay tuned to “90 Day Fiancé-The Other Way” and keep checking here frequently for all the latest news, updates and gossip about all your fave “90 Day Fiancé” shows and stars!