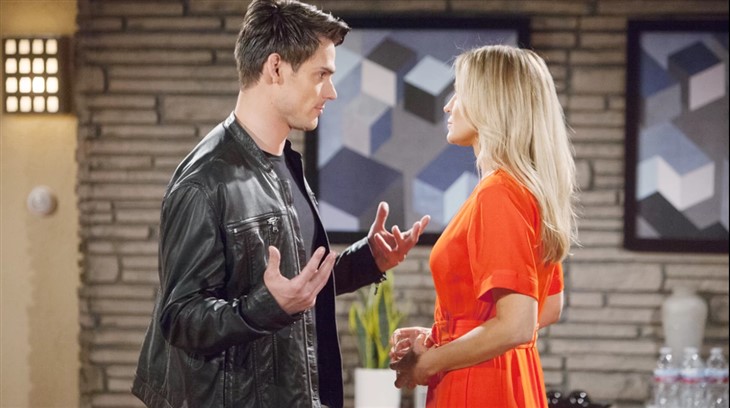 CBS The Young and the Restless spoilers tease that Shadam fans may want to break out the bubbly and do a happy dance. Our inside source at CBS is spilling that it looks promising for these two! The show returns to the airwaves with brand new episodes on Monday, August 10 and you do not want to miss a single minute of the scorching action going forward.

Our CBS insider is hearing that the relationship between Adam Grossman (Adam Newman) and Sharon Case (Sharon Newman) could be reignited as her cancer storyline winds up this fall.

Here are five reasons we want Sharon and Adam back as a couple.

Chelsea Lawson (Melissa Claire Egan) and Adam jumped the shark once she went to the dark side and egged him on to get revenge on Victor Newman (Eric Braeden). Where is there to go from here? Nowhere. As long as Adam is with Chelsea he will be a one-dimensional villain.

Case and Grossman have been discrete but public about their real-life romance. We would love to see these two stars get a chance to act together!

#3 Rey Rosales And Sharon Newman Are Better As Buddies

Rey Rosales (Jordi Vilasuso) is a great guy. But he and Sharon just don’t sizzle. Sorry, they don’t! Shadam not only sizzles they burn hot into the good night.

#4 The Newman Boys Will Be All Aflutter

Adam and Sharon hooking up would make Nick Newman (Joshua Morrow) have heart palpitations. These two have never gotten along and seeing his ex with his evil brother would drive some great story with Nick going into overdrive to break them up. Especially if Adam is around impressionable Faith Newman (Alyvia Alyn Lind).

#5 Together Sharon Newman And Adam Can Take On Phyllis Summers

Phyllis Summers (Michelle Stafford) has been sweet as pie to Sharon after learning of her breast cancer battle. That was nice, now it’s time to get back to business and catfights between these two!

Phyllis has been circling Adam like she’s a Rottweiler and he’s a bone, over this unresolved Vegas business. Wouldn’t it be more interesting for Adam to have a partner in going after Phyllis? And in the process Nick might join in on the fight, making for some heated drama between these very bold and beautiful characters!