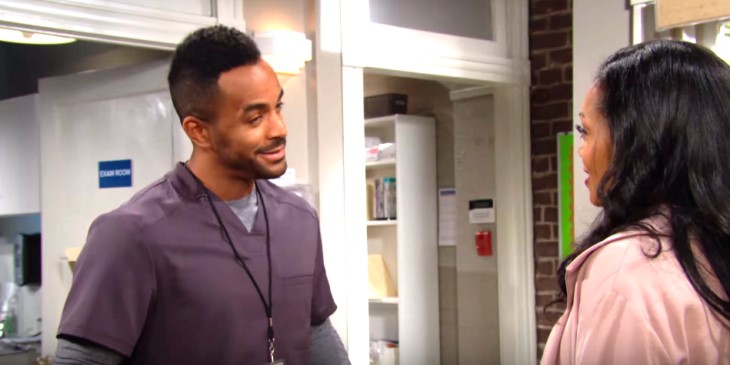 View Story
he Young and The Restless will recall that Nate was one of the first to ignore Amanda’s obvious resemblance to the late Hilary Hamilton, and not be suspicious of it. Chances are the two are twins separated at birth, but the backstory has yet to be completely revealed. Nate was also one of the first people to get Amanda to open up a little bit about her past and part of that happened in relation to her helping Nate and Elena Dawson’s (Brytni Sarpy) first patient to their clinic, Jared (Michael Maclane) who they had helped with his wounds, and also tried to help with his grandfather, who ultimately died.

Jared too had spent time in foster homes as he grew up and Amanda had opened up about her past of living in foster homes and orphanages as a way to get the young man to trust her and to have a relating point with him. Nate was very impressed about her taking on the young man and her efforts to help him and to be a friend to him – it showed to him that she has a kind and giving heart although she has up until recently acted like she was on the defensive all the time, but with good reason!

Amanda has been impressed with Nate, that he ignored her resemblance to Hilary, which she obviously couldn’t help, and sought to get to know her for herself without judgment. Now that Ripley Turner (Christian Keyes) is a thing of the past, Devon Hamilton (Bryton James) has his inheritance back, and Colin Atkinson (Tristan Rogers) is in prison, Amanda and Nate can start getting to knowing one another in earnest!

Y&R Spoilers – Nate Hastings Met Amanda Sinclair In The Foyer Of The Grand Phoenix, And It Was Obvious They Were Going Out For A Glamorous Night On The Town

Viewers of The Young and The Restless will recall from a recent episode that the two were dressed to the nines when Nate met Amanda in the foyer of the Grand Phoenix, obviously bound for a night on the town with him handsome in a suit and tie, and her beauty in what appeared to be white silk and a formal gown at that – she was dressed fancier than she had been the night of the Newman gala!

The Young and the Restless Spoilers: Amanda Settles In Genoa City – Has New Job and New Man https://t.co/udRji8sBFQ pic.twitter.com/vtOhBkf6tj

Nate and Amanda both appear to be dressed to impress each other, and fans can expect some sizzling scenes as this story plays out! It looks like the plans are to go for a night of possibly dancing, a show, maybe even outside the boundaries of Genoa City to a larger town with fancier and more expensive venues! It is difficult to imagine an even fancier place than the Grand Phoenix, but it looks like Nate is willing to spend a lot of pretty pennies to impress this pretty lady!