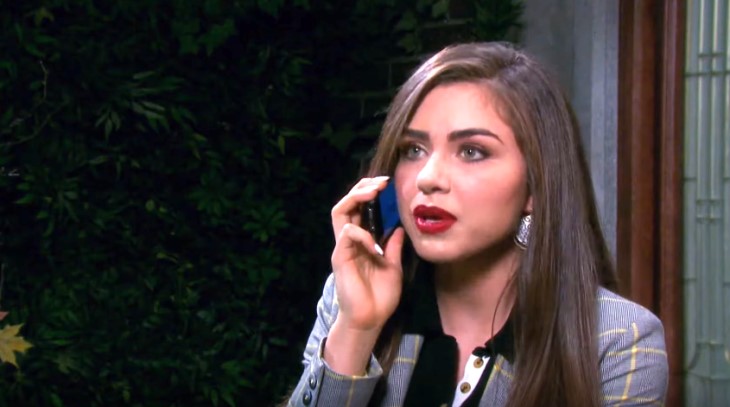 Days of Our Lives (DOOL) spoilers tease that Ciara Brady (Victoria Konefal) has already proven herself to be a skilled investigator. In the past year, Ciara not only proved that Will Horton (Chandler Massey) was innocent of causing the car accident that killed (Adrienne Kiriakis), but she got Xander Cook (Paul Telfer) and Victor Kiriakis (John Aniston) to admit that the real culprit was Maggie Horton (Suzanne Rogers).

Days of Our Lives Spoilers – Not The Only Crime Solved 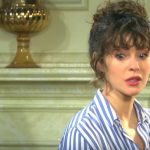 Not only that, but Ciara’s investigation into the death of Jordan Ridgeway (Chrishel Straus) led her to the real killer, Evan Frears (Brock Kelly). With all of this sleuthing under her belt, is it possible that Ciara will follow in her parent’s footsteps and join the Salem PD? Ciara is currently looking for a job, along with her boyfriend Ben Weston (Robert Scott Wilson). While Ben is in no way qualified for crime-fighting, police work is in Ciana’s blood. Perhaps enrolling in the Police Academy should be Ciara’s next move?

DOOL Spoilers – Both Of Her Parents Have Been Cops

Both Ciara’s parents, Bo Brady (Peter Reckell) and Hope Brady (Kristian Alfonso) were on the Police Force, and Hope worked her way up to becoming the Police Commissioner! With her skills already proven, it seems a no-brainer for Ciara to go down this path, although having a former serial killer as a boyfriend may make the entire situation a bit awkward. Ben was once known as the Necktie Killer, and although he was sick at the time, it may be hard for Ciara to balance her life with Ben with crime-fighting duties.

But if this is something that Ciara really wants to do, then Ben wouldn’t stand in her way. Perhaps she could even convince her brother Shawn Brady (Brandon Beemer) to return to Salem and make it a family affair. When Princess Gina (also Kristian Alfonso) was impersonating Hope, it was Shawn who immediately figured out the truth. If Ciara doesn’t want to be a cop, perhaps she and Shawn could become Private Investigators and take over Black Patch!

Days of Our Lives Spoilers: John Drops Orpheus Bombshell on Marlena – Can She Get Through To Evan?https://t.co/S06TWPsTno

Does Ciara’s future career involvement crime-fighting in some way, either as a cop or a private eye? Should Ciara join the police academy? How will this impact her relationship with Ben? Only time will tell, so stay tuned to Days of Our Lives airing weekdays on NBC. And don’t forget to check back here regularly for all your Days of Our Lives news, information, and spoilers!