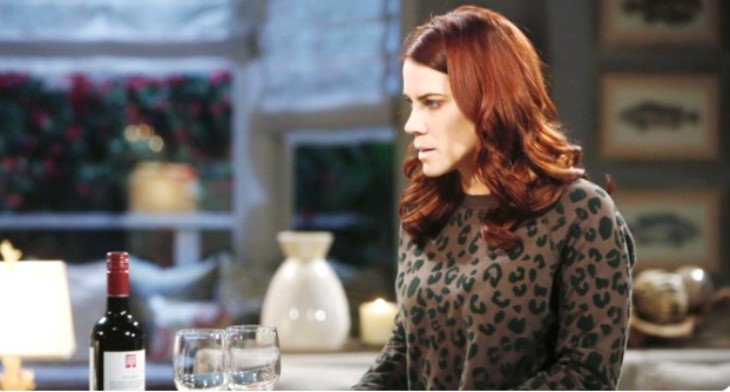 The Bold and the Beautiful Spoilers – Flo Fulton Went To Talk To Dr. Penny Escobar About Sally Spectra

Viewers of The Bold and The Beautiful will recall that Flo Fulton went to Dr. Escobar’s office to talk to her about Sally, and tried to get information about her and her illness, under the guise of wanting to know how she and Wyatt Spencer (Darin Brooks) could help her and tried to get her to influence Sally to get appropriate treatment after Sally had told Wyatt she would get treatment only if he truly broke up with Flo and came back to her!

Of course, this whole fatal illness was designed to help Sally get Wyatt back and also to get Penny out of medicine and into Forrester Creations as a designer; and Flo had happened to see some designs that Penny had been drawing in her doctor’s office. Flo had certainly made some valid points to Penny, but not any that she hadn’t been talking to Sally about already – for instance, it seeming odd that Sally didn’t want to fight for her life but just giving in to a supposedly terminal illness.

One would think that for such a vital, alive person as Sally had been up until recently, she would be fighting against the illness and for her life and that getting Wyatt back wouldn’t be a cure for her disease if it were as bad as she has said! But then, she didn’t want anyone to know about it at first either but then confided in Katie Logan (Heather Tom) who inadvertently told first one person, then another, then another, because she felt that they had the right to know because they cared about Sally!

Penny tells Sally, as she has before over the last few episodes, that this game has to stop, and has to stop now! Penny says she can no longer go along with the imminent death ruse in good conscience, and that too many people, including Flo, seem to be onto the ruse and are not believing it anymore!

Sally is irate – and tells Penny she is starting to sound like Flo – have they two been talking? Penny admits that Flo came to her office for intel, and although she hid between patient-physician confidentiality and HIPAA laws, that Flo was suspicious that Sally was not all that sick and she had also seen her drawings.

The Bold and The Beautiful Spoilers: Don Diamont Has Something To Celebrate! https://t.co/lUvy03BSMr pic.twitter.com/a4fPUDogyv

She had asked her if she knew that Sally was a famous designer, and that just made Penny even more uncomfortable – even though Penny does want to get out of medicine and into designing, it doesn’t mean she wants to lose her medical license and her medical career over ethics charges, and she fears if Flo takes things too far, that Penny could do exactly that! Sally tells her they have an agreement and she has to continue to help her, but when Penny persists that she cannot go on lying for Sally, Sally flips!