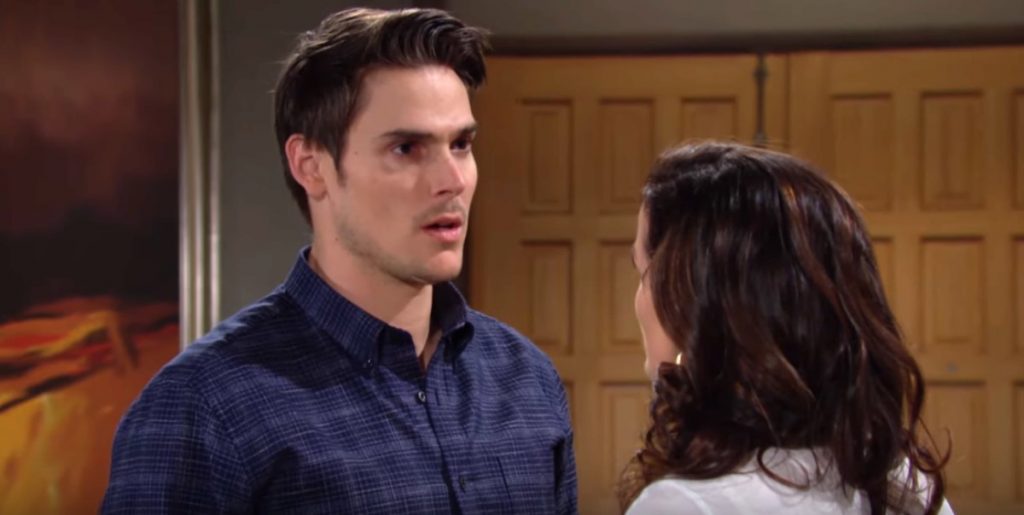 The Young and the Restless Spoilers – Adam Newman, Chelsea Lawson, And Connor Newman Have Taken A Trip To Kansas

Viewers of The Young and The Restless will recall that Adam, Chelsea, and Connor have taken a trip to Kansas, hoping to stay at Adam’s mother, Hope Wilson’s (Signy Coleman) farm where Adam grew up but found it was in disrepair. Adam and Chelsea stayed, with Connor, at the place where they spent their wedding night instead and discussed giving the caretaker some extra money to hire some help so they could bring the farm up to snuff again.

Chelsea thought that was a great idea and Connor was a little disappointed they couldn’t have stayed there, and seen where his father lived as a little boy. Adam explained he wanted to look like it did back then but that it needed some work, and said once it’s back to what it should be they could take another trip. The next morning, after they have some breakfast, Adam decides to go for a run, and he runs into a childhood friend.

Adam returns from his run, and tells Chelsea he ran into an old childhood friend he hadn’t seen since they were children. He tells Chelsea her name is Alyssa Montalvo (Maria DiDomenico). Chelsea is anxious to meet her, so they arrange a visit. Alyssa tells them that she had grown up to become a crime reporter and recalls that their lives were all turned upside down by Adam’s stepfather’s death. Hope was very kind to Alyssa when her father was in jail, and that her father had later died.

Connor comes in to see the visitor and Alyssa tells him he looks just like Adam when he was that age, and that Adam was her best friend when they were little, and was always there when she needed him. Connor agrees that his father is the best. Adam is disappointed to hear that Alyssa’s mother also died and that she had never talked about Alyssa’s father again. Alyssa leaves to go home. Afterward, Adam gives Chelsea some background information – Alyssa’s father had been a loan shark, and he also recalls that his birth father, Victor Newman (Eric Braeden) had been in town when he died.

Chelsea thinks that it was very odd that the man Adam had never known was his birth father had shown up when Alyssa’s father died. They talk about it further and realize that the two situations could be connected, although they don’t know why, and resolve to talk to Victor about when he came to town and Adam found out his stepfather wasn’t his father to see if they can put together the pieces of the puzzle!