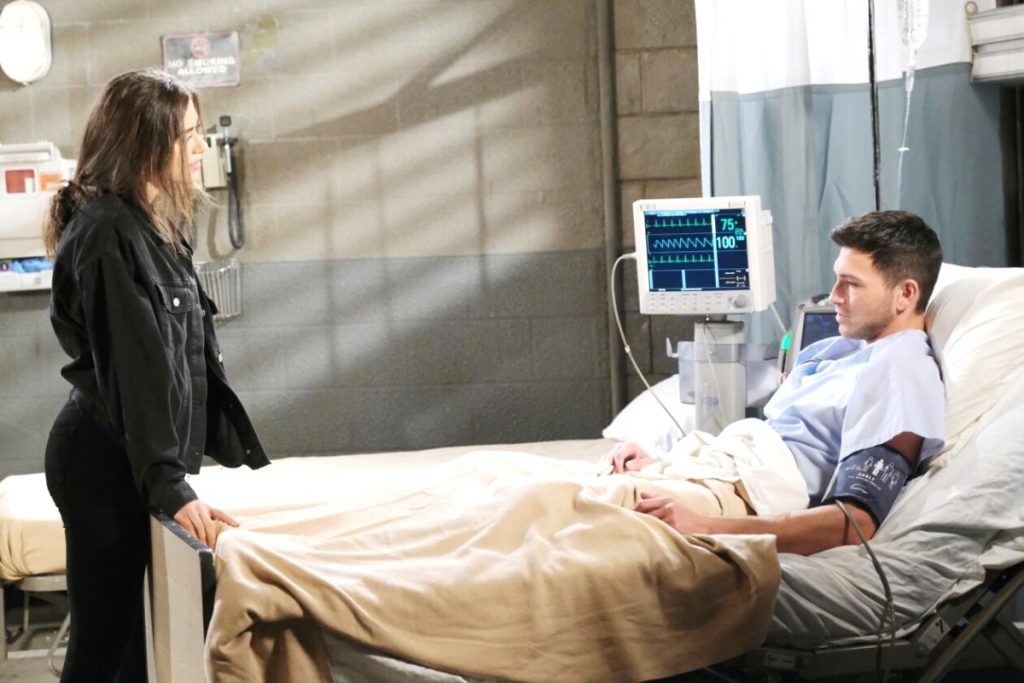 Days of Our Lives spoilers tease that Ciara Brady (Victoria Konefal) will have some bad news for Ben Weston (Robert Scott Wilson) in an upcoming episode of Days of Our Lives!

Ciara will have to tell Ben that Evan Frears aka Christian Maddox’s (Brock Kelly) confession had to be thrown out because it was obviously coerced. However, all that means is that the DNA evidence tying him to the murder of Jordan Ridgeway (Chrishell Stause) will have to stand on his own – and at least it shows a motive, means, and opportunity; his DNA on Jordan’s scarf is the smoking gun. 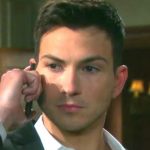 Ben, however, will point out that his DNA on the same scarf was all they had to get him convicted and it was circumstantial, and he will be concerned that Evan will be able to get those charges pointed back his way. Ciara will remind him that two sets of DNA on the murder weapon should point to reasonable doubt, although in this case, it is a double-edged sword; it could get Evan exonerated as well as Ben.

But Ben doesn’t have a kidnapping charge, so there is that. Evan/Christian was the non-custodial parent, not even knowing David Ridgeway (Caleb and Kyler Ends) existed because Jordan didn’t tell him, and somehow he found out and tracked her to Salem and killed her, likely over David.

Even if Police Commissioner Rafe Hernandez (Galen Gering) had not been trying to adopt David, Evan/Christian still did not have legal custody – his name wasn’t even on the birth certificate, so he would be guilty of kidnapping. And should David be recovered out of state, that’s interstate kidnapping charges!

Dool Spoilers – And Now The Good News – For Ben Weston

Ciara also has some good news for Ben – more than likely, even though Evan/Christian’s confession was thrown out Ben will more than likely be exonerated and his conviction overturned, meaning he will be released from Statesville Prison soon. As she explained previously when Ben was concerned about the circumstantial nature of the DNA evidence, there is enough reasonable doubt in Ben’s case that he should be exonerated of the murder charges and that slate wiped clean.

Just the fact that Evan/Christian kidnapped David gives a motive for murder since Jordan never told him she was pregnant and withheld his child from him. As much as Evan/Christian has complained about his child being his and not Rafe’s and all the other comments he has made, even in the car as he drove Ciara to Statesville Prison at gunpoint, she can testify to whatever he said in the car because it’s just her word against his whether it was coerced there or not – no one saw whether she had a gun on him when they were in the car on the way to the prison!