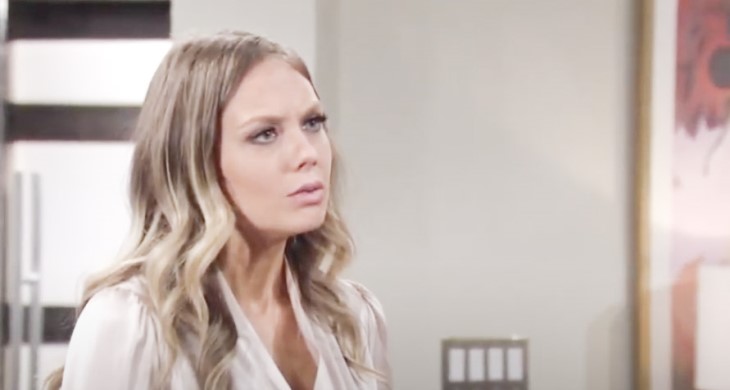 CBS The Young and the Restless updates and spoilers tease that Abby Newman (Melissa Ordway) could finally get her chance to shine. Y&R fans know Abby’s struggled to find her place within the Newman clan. Abby’s always been more of an Abbott – although things are complicated in that family, too.

Abby isn’t an Abbott by blood, so it seems like Abby’s always been a little on the outside of both her families. However, Victor Newman (Eric Braeden) could soon be looking for a new golden child to lead the way at Newman Enterprises. Abby could be the perfect fit for a variety of reasons, so let’s run down the list.

For starters, how long can this endless hotel battle with Phyllis Summers (Michelle Stafford) possibly go on? Abby and Phyllis fought over the Grand Phoenix until most Y&R fans probably wanted to scream. Now Phyllis is thwarting Abby’s attempts to start up her rival hotel across the street.

Perhaps the show’s setting up a new path for Abby, who may decide to walk away from the hotel business entirely. Abby still has Society, but will that really be enough for her? The Young and the Restless fans know Abby’s a real go-getter who likes a challenge. The restaurant’s running smoothly, so things will be pretty dull for Abby if that’s all she has going on.

Of course, Abby is also in a relationship with Chance Chancellor (Donny Boaz), but they just make love constantly. That’s not a story, so they’ll need some drama to come along. If Abby embraces her inner Newman and gets a bit ruthless, that might lead to some issues. Not to mention Abby would be awfully busy if she landed on the Newman throne.

However, Abby proved she was a loyal Newman during Victor’s faked death plot. Nate Hastings (Sean Dominic) was also involved in that, but the aftermath brought plenty of guilt. When Abby brushed off her family’s behavior, it led to a split between Nate and Abby. He just couldn’t understand why Abby would excuse something like this, but Abby suggested that’s just the way the Newmans operate.

Abby stood her ground and supported her father wholeheartedly, so Victor knows he can trust her. There have been times over the years when Victor dangled leadership roles in front of Abby only to make Victoria Newman (Amelia Heinle) the priority. Maybe it’s time for a change – and The Young and the Restless spoilers say a big one’s coming!

The Young And The Restless Spoilers – Major Power Shift

Y&R fans can expect a major power shift at Newman Enterprises down the road. However, Adam Newman’s (Mark Grossman) downfall is already happening. Victoria Newman (Amelia Heinle) will ultimately regret playing dirty – and she wouldn’t be a noteworthy shift anyway.

Nick Newman (Joshua Morrow) already had his temporary run on the throne, so putting him back on it would be a repeat story. Victor could come out of retirement, but he really struggled before he settled on Nick as interim CEO. It doesn’t seem like a good idea, nor does it seem like one Victor’s interested in.

With that in mind, Abby’s the best option here. She’s the only Newman that Victor could put in the CEO spot and really make waves with. It’d be a great strategy since Newman’s been playing CEO musical chairs lately. Abby would signify a real power shift – just like The Young and the Restless spoilers indicate.

Abby could help Victor steer the narrative away from his shadier children and all their battles. It’s worth mentioning that Theo Vanderway (Tyler Johnson) may land a job at Chancellor Communications soon. Jill Abbott (Jess Walton) created this special media division as a way to keep up with the times and with Newman Enterprises.

Abby might be the right person to go up against Theo’s bright new ideas. She’d have a few of her own and could help Newman appeal to a younger generation. Naturally, Abby’s potential power trip could go to her head and lead to relationship problems. There could be a goldmine of story opportunities if Y&R heads in this direction.

The Young and The Restless Spoilers: Christian LeBlanc Talks Playing Michael Baldwin, His Time Away From Y&R, and More! #yr #youngandrestless https://t.co/pc9D95Z5Qt