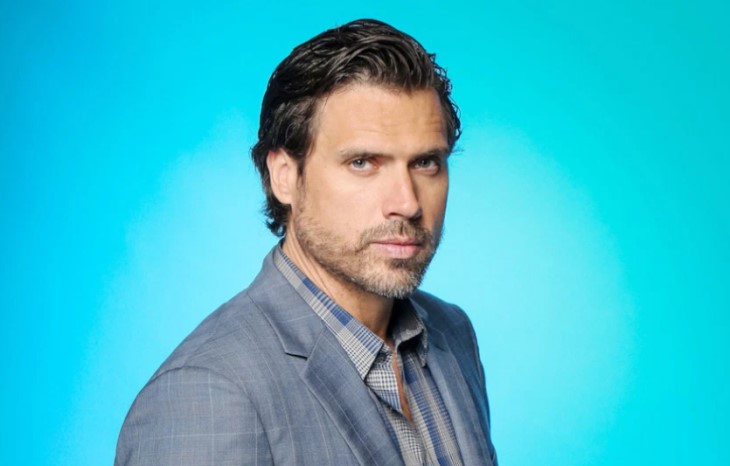 Joshua Morrow (Nick Newman) has been part of the cast of ‘The Young and the Restless’ since 1994. More than a quarter century’s soap opera resume allows him to offer a full perspective on who his character was, is, and where he is likely to go.

The actor spoke with Soap Opera Digest about ‘Phick’s’ revival, offering an interesting insight into what he thinks Nick and Phyllis Summers’ (Michelle Stafford) future may be.

The Young And The Restless Spoilers – Rebooted Couple Was Teased

“I had an idea just simply because of the kind of energy that these two characters have around each other,” Morrow said when asked if he felt Nick and Phyllis were going to restart a romantic relationship.

“So, we didn’t need to talk to each other, we just kind of knew. And it was fun,” Morrow said, when asked if he and Stafford assumed that Y&R was going to write ‘Phick’ back together after Stafford rejoined the cast last year.

“It’s not going to last forever based on their history and what they have gone against them,” Morrow said when asked if he thought Nick and Phyllis were doomed.

As hardcore fans and all ‘Shick’ fans know ‘Phick’ is the infamous pairing that spelled the end of Sharon Newman (Sharon Case) and Nick’s marriage. It wouldn’t be fair to totally blame Phyllis. But Stafford’s’ character did entice Nick to break his vows to Sharon during the most horrible time in her life.

Fifteen years ago Cassie Newman (Camryn Grimes) died as the result of injuries she suffered in a car accident. The above storyline ranks with Y&R’s all-time most sensational and controversial.

Cassie, who was approximately fifteen years old at the time, was a beloved character. Grimes was a celebrated actor, winning a Daytime Emmy Award (Outstanding Younger Actress in a Drama Series) in 2000. So, it was truly jaw-dropping when Y&R wrote Cassie out, as part of splitting Nick from Sharon in order to pair him with Phyllis. Fan reaction was fierce, to put it mildly.

Sharon, crushed by the loss of her then only known daughter, who she and Nick fought so hard to find, faced unfathomable betrayal. Nick’s coupling with Phyllis produced long-standing ripple effects and included Summer Newman’s (Hunter King) birth.

Nick didn’t betray Sharon in getting together with Phyllis this time, in fact, he was single. Phyllis was also on her own. Jack Abbott (Peter Bergman), who was also wronged in the past by this couple, actually gave his blessing to the just-revived ‘Phick’.

Phyllis and Nick have been through a lot of other people, with each other, and on their own through the years. So, undeniable chemistry, history, and opportunity have simply combined to create this sequel.

Morrow thinks ‘Phick’ won’t last forever. With however long it does, these strong actors will combine to create another memorable run.