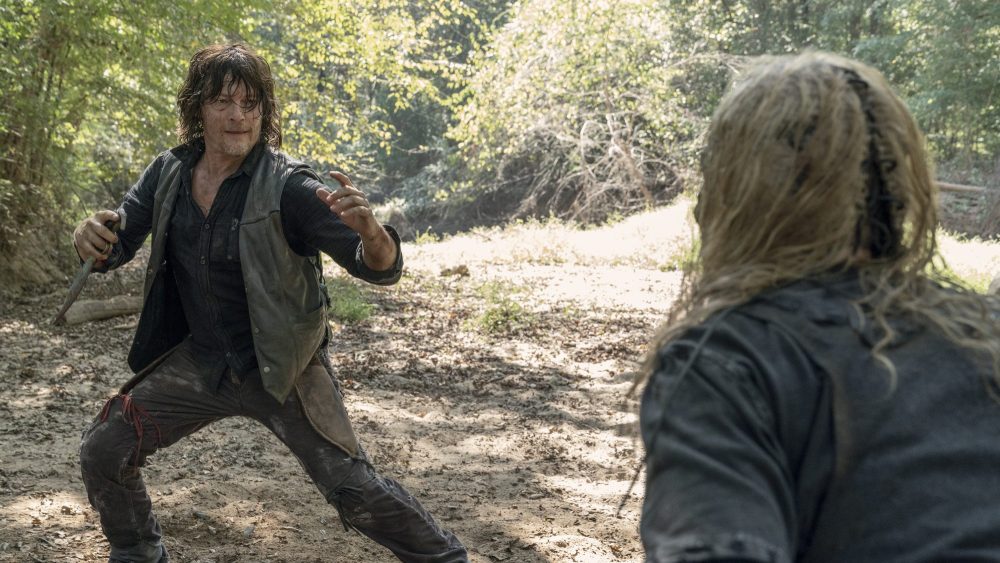 Even though a new premiere date has not been announced, World Beyond could debut “later this year,” as per Collider. Deadline reported that the first season of the series finished filming, but the last episodes are in post-production, which has been pushed back by the COVID-19 pandemic. The halt has nothing to do with post-production, but with companies pushing their ad spending to later in the year. This is an interesting decision since AMC makes most of its money from ads.

The Walking Dead: World Beyond is the third spinoff in the Walking Dead universe. The universe will continue to expand with a Rick Grimes solo film in the works, a new series of books, and video games. The first trailer for World Beyond premiered back in October, and showed a YA post-apocalyptic world, like The Hunger Games and The Maze Runner, but with zombies. Walking Dead franchise head and series creator Scott M. Gimple called it a “coming-of-age” drama.

(1/2) Current events have unfortunately made it impossible to complete post-production of The Walking Dead Season 10 finale, so the current season will end with its 15th episode on April 5. The planned finale will appear as a special episode later in the year. pic.twitter.com/TqeSHgRdKR

The show stars Alexa Mansour, Aliyah Royale, Annet Mahendru, Nicolas Cantu, and Nico Tortorella as the new generation of survivors who had a “sheltered” existence in the zombie apocalypse. Now, they find themselves in the middle of it as they brave it head-first. This will introduce a new type of Walking Dead character that has never been seen before. However, fans will have to wait and see how this story goes when they step into the apocalyptic world. For now, fans can enjoy two more episodes of The Walking Dead Season 10.

General Hospital News: Leslie Charleston Opens Up About Having A Favorite Castmate