Meghan Screamed For Megxit Because Her Face Wasn’t On THIS Common Household Item? 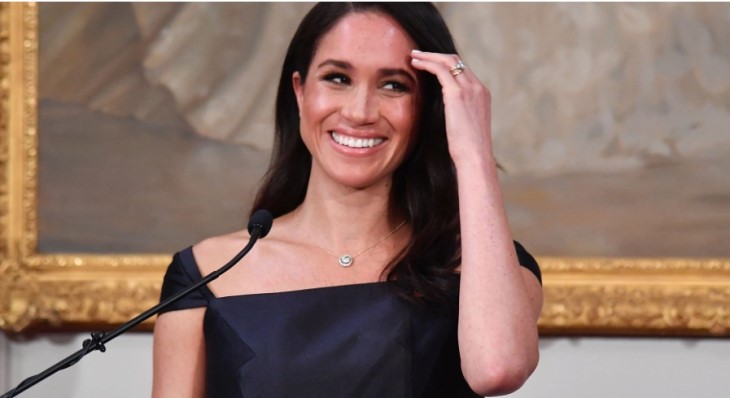 “Yawn.” Meghan Markle bores British citizens. Why are some tabloids making this claim about the apparent love of Prince Harry’s life? The answer lies in the fact that everyone knows Meghan Markle was unhappy living in the U.K., Frogmore Cottage in Windsor wasn’t up to snuff, and the British Royal family was mean to her. That’s why!

However, is that the whole story concerning Meghan’s desire to give the finger to the British Isles? Is that really why Meghan and Harry set out on a path to leave merry old England far behind? Is that why Meghan and Prince Harry decided to head across the pond, ultimately to settle with Meghan’s mom in a multi-million mansion in Los Angeles? Is there anything more to Meghan’s story?

Palace Staff Share Their Cringey Moments With The Royal Family

Well, according to some there certainly are more reasons for Meghan’s desire to ditch Royal life. One of the biggest reasons, according to reports, is the fact that the British press just wasn’t as interested in her as Meghan felt they should be. Kate Middleton, after all, is more interesting to British citizens because well … she’s the future queen. In stark contrast, Meghan is simply the wife of Prince Harry who is sixth in line for the throne. There’s kind of a big difference between Kate Middleton and Meghan Markle in that regard.

Thus, without the British press on her side, and without the opportunity to plaster her face all over the BBC non-stop, Meghan began to feel that she was being stifled. Even when her husband, Prince Harry began pitching her voice-over skills to Disney’s former head, Bob Iger, this was looked upon as a breach of protocol. Harry really shouldn’t have done that. At least, that’s what many British citizens seem to have felt upon learning of Harry’s apparently good-intentioned efforts on his wife’s behalf.

The priority for Meghan Markle then was to get out of the U.K. and back onto more friendly territory. The definition of that friendly territory is, of course, a place where the environment lent itself to Meghan’s desires for self-glorification. The problem, as many fans of the British royals now know, is that even though Meghan was initially reported to have taken meetings with Hollywood producers and agents, no new entertainment projects have been forthcoming!

Ever one to find opportunity in adversity, information from unnamed “friends” indicates that Meghan has swiftly pivoted and is now looking into jump-starting a political career, which some believe she’s planning to build on the back of murdered African American, George Floyd.

Yet Meghan has to do something, doesn’t she? By all accounts, bills are piling up for the Duke and Duchess of Sussex, and Meghan and Harry cannot go on living off of savings or a royal inheritance forever.

Prince William The Arch Villain In The Tale Of Megxit?https://t.co/iaBqwGjqxp

Meghan has to either get back into the entertainment industry or find some other lucrative source of revenue … at any cost according to some. After all, it’s apparent that Meghan cannot rely completely on the skills of her Royal boy toy of a husband who has no marketable expertise outside of the military.

The British may be bored with Meghan Markle, but in light of the above, it seems Meghan is desperate to ensure that Americans cannot, and will not, forget her.