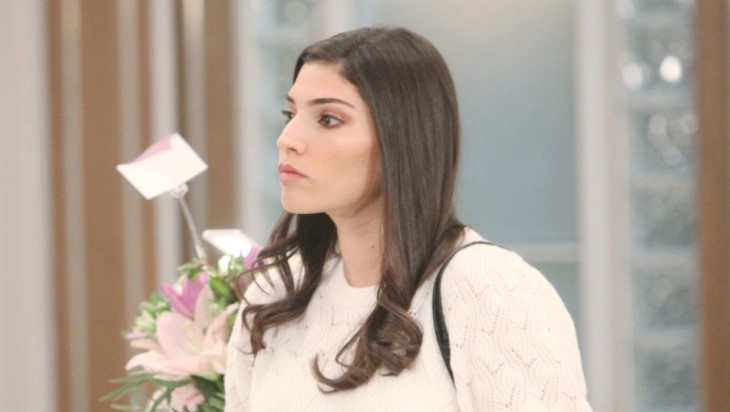 ABC General Hospital spoilers and updates suggest that Harrison Chase (Josh Swickard) and Brook Lynn Quartermaine (Amanda Setton) might still be a thing in the future. However, GH fans know that this might be a hard sell for both Chase and Brook Lynn considering recent events vis-à-vis Chase and the former “love of his life,” Willow Tait (Katelyn MacMullen).

While it appeared that there might be sparks between Chase and Brook Lynn at one point, Chase’s behavior with Willow Tait has thrown any future the two might have had in question. Brook Lynn sees Chase as nothing more than just another skanky dude willing to sleep around on his life partner. Of course, Brook Lynn doesn’t know the whole story, but Chase hasn’t done anything to dispel rumors or public perception, has he?

No, Chase has gone out of his way to perpetuate the lie that he cheated on Willow with Michael Corinthos’s (Chad Duell) girlfriend, Sasha Gilmore (Sofia Mattsson). That also doesn’t help his case with Brook Lynn considering the fact that Michael is her cousin. In fact, Brook Lynn was so enraged when she heard about the supposed affair that she punched Sasha square in the nose!

Now, while many people believe Chase was an utter moron for going along with Sasha’s manipulative scheme, he did have some valid reasons for actually breaking up with Willow. If GH fans recall the night that Willow came into Chase’s apartment and found Chase and Willow making out like teens on the sofa, Chase went to town on Willow and provided her with a litany of reasons for why he might want to be in a relationship with someone else.

No matter what, it’s not likely that Brook Lynn will give Chase the time of day regardless of his reasons for “sleeping with Sasha.” She’ll view it as a simple matter of infidelity, and as long as Chase maintains that story, Brook Lynn will be right.

On the flip side, because of the reasons Chase gave to Willow for breaking up with her, he might actually be open to a romance at some point in the future with someone who is a lot more emotionally available than Willow ever was. Brook Lynn is wild and unpredictable … but that also means she is likely passionate.

If Michael wins custody of Wiley, and Chase can bring himself to tell Brook Lynn the entire truth … some GH fans believe that Brook Lynn might be willing to forgive him and give this Port Charles cop a chance at real, exciting love.

Meghan Screamed For Megxit Because Her Face Wasn’t On THIS Common Household Item?

Eastenders Spoilers: How Will Sharon Learn The Truth? Four Ways Ian’s Secret Could Be Discovered