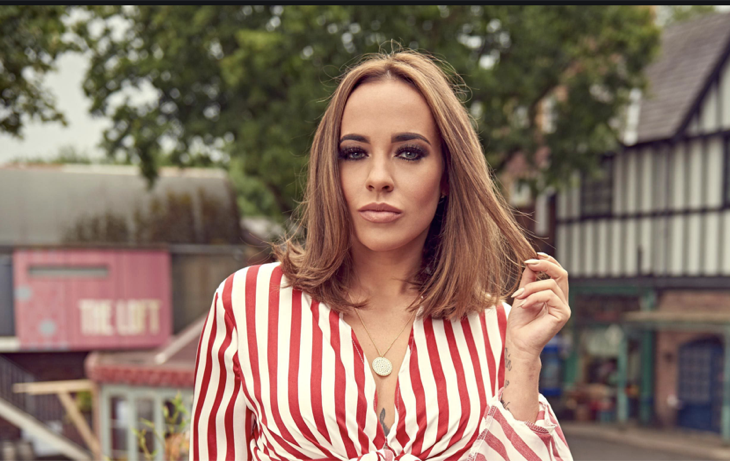 Hollyoaks spoilers reveal that star Stephanie Davis (Sinead O’Connor) has quit the show she’s appeared on for 10 years. Davis made the announcement on her Instagram on Monday.

Fans quickly responded to the message, with some claiming that the wording of the announcement makes it appear that her decision was not an easy one to make.

A show spokesperson issued this statement: “In mutual agreement with Lime Pictures Stephanie Davis is leaving her role as Sinead O’Connor on Hollyoaks. We would like to thank Stephanie for her huge contribution to the show and the enjoyment her character Sinead has brought to fans.”

Davis’ statement is the second departure from the show recently. Prior to Davis’ announcement, her co-star Rachel Adedeji quit after four years on the show.

Hollyoaks spoilers – There have been two departures from the show recently

In fact, this is not the first time that Stephanie has departed the soap. In 2015 she was let go from the soap after reportedly arriving on set while under the influence of alcohol. It has been said that the actress also accrued warnings for lateness and attendance.

Stephanie found fame in Andrew Lloyd-Webber’s show Over The Rainbow and debuted on Hollyoaks at age 16. 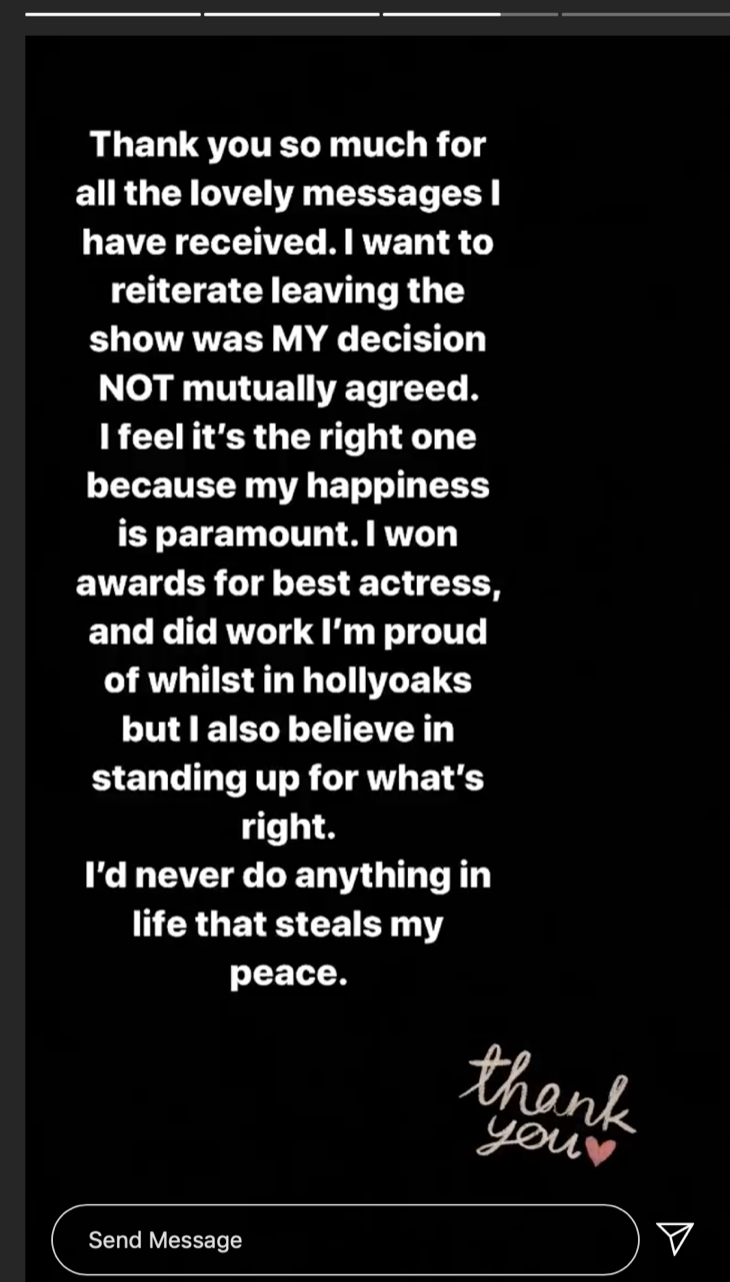 Davis’ Insta post stated the decision was influenced by, “not on what we want but what we know is right! I have loved bringing Sinead into your homes for the past ten years but it’s with a heavy heart I have decided to leave Hollyoaks and now looking forward to working on new and exciting projects. Excited!”

She added, “I apologise… but at least I’m not p***ing on memorials.”

Stephanie’s costar, Rachel Adedeji (Lisa Loveday), has also quit. The actress debuted on the soap in 2016 and will last be seen later this year.

A Hollyoaks spokesperson has said that the sudser was “saddened” by her exit telling MailOnline, “Rachel made the decision to leave Hollyoaks to pursue other opportunities earlier last year which saddened us at Hollyoaks as she is one of the leading cast members in the show.”

“However, the notice period did allow the writers time to give Lisa Loveday an extremely gripping exit storyline. Viewers will see this story play out later this year as her final scenes were filmed shortly before lockdown.”

‘The Young And The Restless’ Spoilers: Michael Damian And Lauralee Bell Reunited