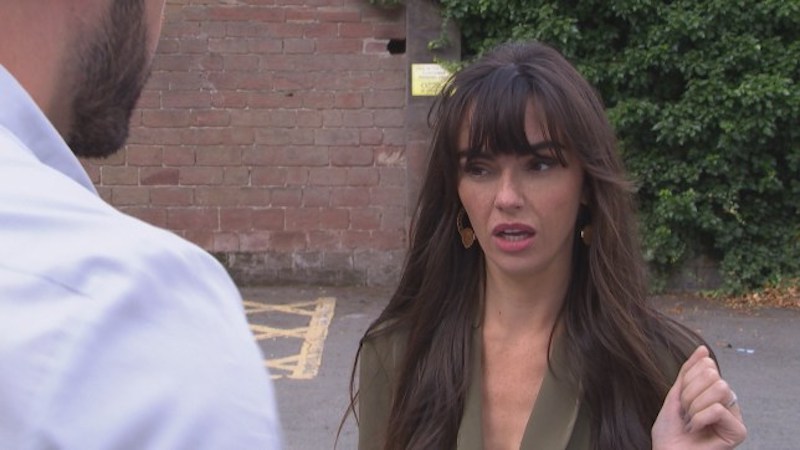 Jennifer Metcalfe, also known as Mercedes McQueen on “Hollyoaks,” dropped some hint on how her character will react once she finds out about the shooting next week. Viewers have known who shot her but Mercy making the shocking discovery in upcoming episodes and she’ll be asked to make a huge decision.

The actress admitted that things could go one way or the other after the revelation and she said Mercedes may “go crazy.”

“The fact that they kept it quiet for so long, and I think Grace would be a double whammy, because obviously she took Sylver off Mercedes, so for her to have shot her as well! In that essence, she could potentially use that to work in her favour, and try to split them up,” the actress continued.

It’s going to be “a week of absolutely everything.” Metcalfe said it’s “one of the most enjoyable blocks” she’s made thanks to director, Graeme Harper.”

“I always think that when you enjoy a block so much, it comes across on screen,” she admitted.

“I’ve watched and heard stuff back, and everyone is saying that this is the one to watch. They’ve literally got everything on that week – it’s nitty, gritty, and it’s quite film-like,” she explained.

“It shies away from the tick boxes of soap, and I think that’s always really interesting to watch. Your characters and your stories just take a little darker direction, and we pushed it a bit,” she added.

Metcalfe Describes the Climax of The Story

Metcalf teased that the story’s climax will be final. She warns that it’s not predictable. It will be wrapped up nicely and smoothly lead to the next chapter.

“It is so soapy, and so dramatic. It has everything in there… literally blood, sweat, tears, and with some comedy as well. It’s crazy, unusual and dark. He sets up this Devil’s Dinner Party with all of his enemies in The Dog and it’s all fun and games from there on,” Metcalfe teased.

Metcalfe admitted that she loved playing her character. She’s excited to take on the story and said Mercedes was at her ultimate best at this time.

“I’ve loved the love triangle with Sylver and Liam. It showed two different sides to her, but kept a dark side as well, and I’ve just loved it,” she shared.