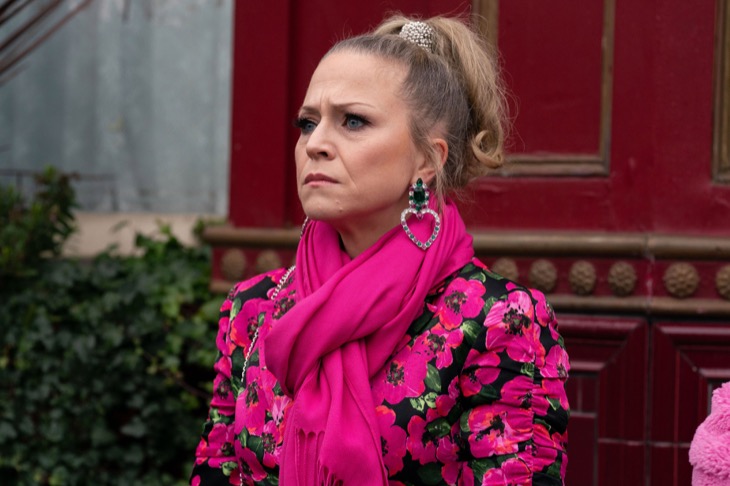 Eastenders spoilers reveal that Linda Carter (Kellie Bright) will be disgusted by Phil Mitchell’s (Steve McFadden) treatment of Sharon Watts (Letitia Dean). Even though Mick Carter (Danny Dyer) thinks it’s too late to back out of the sale, Linda could come up with a plan. Mick worries that she will put her sobriety at risk if they stay at The Vic. So he asks someone for help.

Phil has already heard Linda’s comment about Sharon and her baby. She told him the truth when stating that a mother would never choose a man over her child. However, Linda will feel absolutely furious and disgusted after learning how Phil treated Sharon. It’s one thing to not be able to raise a child created from an affair. It’s quite another to cruelly blame a mother for the death of her son.

Eastenders spoilers reveal that Linda no longer wants Phil to have The Vic. However, when she shares this with Mick, he tells her it might be too late to stop the sale from going through. Linda is a determined woman though. It is possible she might find another way to deal with the issue.

In fact, Digital Spy reported that Linda confronts Phil and tells him she no longer wants to sell him the pub.

Mick is going to hear about this and will worry that if the sale doesn’t happen, then they will have to stay there. While this is Mick’s dream, he is willing to give it all up to make it easier for Linda to remain sober. That can’t happen if they stay living at the pub. Desperate not to allow Linda to sabotage her own recovery, he will go to someone for help.

Eastenders spoilers reveal that Mick goes to Sharon for help with the situation. He wants her to convince Linda to reason with Linda. However, could Sharon come up with another idea? Will she end up buying it from under him? After all, Sharon is a smart woman. If anyone can figure out a way to handle this, it will be her. However, she also needs to remember who she is dealing with. Phil is a Mitchell and those are people you simply do not cross under any circumstances.

What do you think is going to happen with The Vic? Will Phil Mitchell end up getting the pub? Or can Sharon Watts find a way around this, especially after how he treated her and baby Kayden? We will have to keep watching the soap to find out how this storyline develops.