‘The Young And The Restless’ Spoilers: Michael Damian And Lauralee Bell Reunited 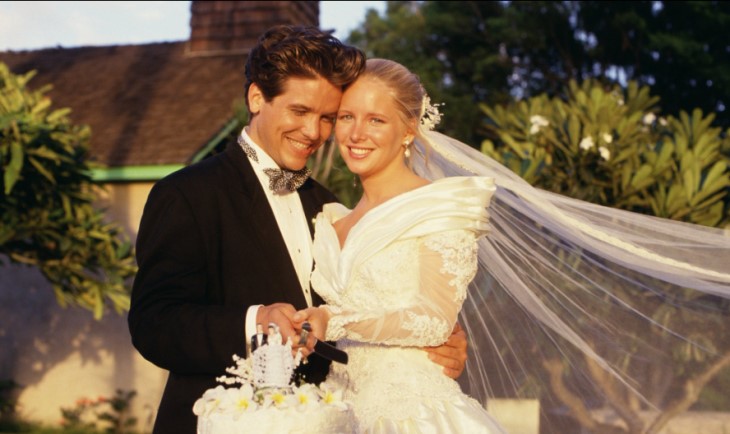 The Young and the Restless spoilers document that Michael Damian (Danny Romalotti) and Lauralee Bell (Christine Williams) digitally reunited. They teamed up for a live chat during one of Y&R’s wedding-themed episodes.

Damian hosted an Instagram Live session with Bell during the Pacific Coast Time Zone airing of Christine and Danny’s wedding in Hawaii. That episode first aired in mid-November 1990.

Young and the Restless Spoilers: Here’s What Melissa Ordway Has Been Up To In Lockdown

The Young And The Restless Spoilers – Catching Up With Friends

The former colleagues talked about their current lives while also answering questions and responding to comments from fans as the episode played. They provided plenty of interesting background details about that particular show and offered upbeat comments about various former cast members, all of which enhanced devoted fans appreciation for Damian, Bell, and the show.

Danny and Christine formed one of daytime’s most electric couples. They were, to a certain degree, one of Y&R’s responses to General Hospital’s power couple Luke Spencer (Anthony Geary) and Laura Spencer (Genie Francis, who later played Genevieve Atkinson on Y&R).

Bell is a recurring player on Y&R these days. She’s earned producing, directing, and writing credits through the years as well. Bell also won a 2014 Daytime Emmy Award as one of the producers of the short film mI Promise.

The Young And The Restless Spoilers – Today’s Nickname Considered

The internet allows much greater outreach to the fans, as compared to the days when magazines located in supermarket checkout lines provided relatively recent information and previews of upcoming storylines.

Hashtagged nicknames have become popular on social media for certain soap couples. So, what would Cricket and Danny’s nickname have been if they were together today?

Young and the Restless Spoilers: Here’s What Melissa Ordway Has Been Up To In Lockdown https://t.co/oZ2XQ96vBe pic.twitter.com/3DEzYGwFMu

Cranny, or Dricket? There are plenty of other combinations that could work. And, maybe Y&R fans will get to see Damian and Bell work together again on the show that made them both famous.

Are Sophie, Countess Of Wessex, And Prince Philip Besties?