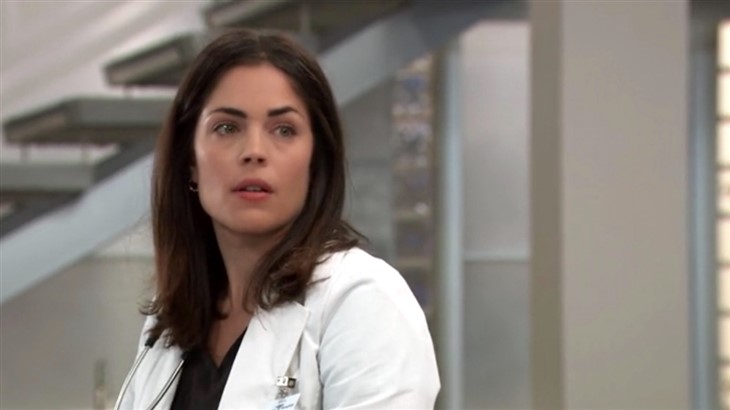 General Hospital spoilers indicate that the Britch is back, and by that, we of course mean Britt Westbourne (Kelly Thiebaud) is back in action. The actress Kelly Thiebaud, who plays Britt on the soap, opens up about her return to Port Charles. Here’s what she has to say!

General Hospital Spoilers -The Britch Is Back Yet Again

In a new interview with Soap Opera Digest, the talented beauty offers, “I kind of thought, because of COVID and all the time off that production had taken, that there would be no way General Hospital would bring be back or even think of bringing me back, but I was wrong!”

Kelly added, “I was out on a two-week road trip when Frank Valentini, the executive producer, texted me out of the blue and asked for me to call him! Luckily, I had cell service right at that moment. I called him and we chatted about Britt coming back to town.”

For Kelly, making the decision to return to the highly-rated ABC soap was an easy one. That’s because she loves playing Britt just as much as her fans love watching her. Kelly explained, “She is so lively, so fun and mischievous. So any opportunity to get to play in that would make me so excited. She’s always getting into trouble and it’s fun to see her work through that. She’s unpredictable and not afraid to be bad but she wants love and friendship. She just dives right into things without caution and that’s fun to play, her messiness.”

GH Comings And Goings Spoilers – What’s Next For Britt Westbourne?

Now that’s something fans would definitely agree with as each and every time Britt makes her way back to Port Charles, trouble and drama are always behind her. General Hospital spoilers, however, say that this time around Britt will remind Julian Jerome (William DeVry) of what he did after they got busy between the sheets.

Needless to say, fans will simply have to tune in to find out what happens next! General Hospital airs weekdays on the ABC network. Check your local listings for times.