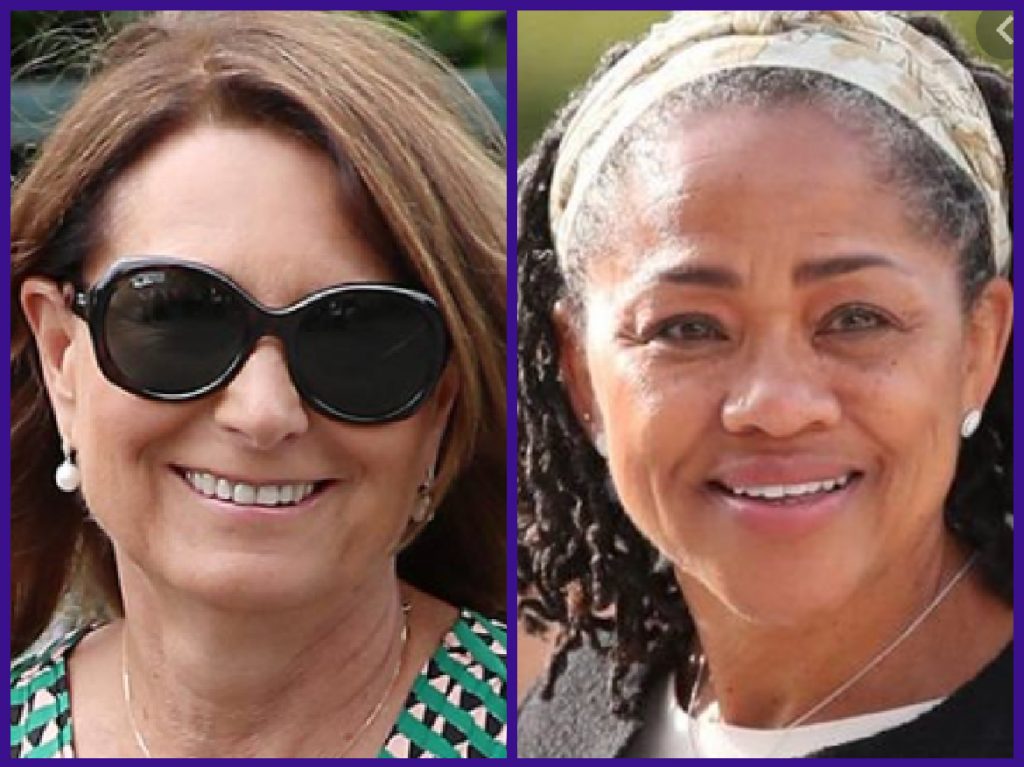 Is there someone else in Meghan Markle’s family causing royal headaches? Besides Meghan Thee Duchess, her dad Thomas Markle, and her stepsister Samantha Markle? Apparently the grapevine is running hot with stories about how none other than Meghan’s mom, Doria Ragland, has ruffled royal feathers. Like daughter, like a mother?

Was Meghan Markle’s Mom Given A Better, Warmer Welcome Than Carole Middleton?

Royal watchers are now spilling that Doria Ragland caused waves due to the welcome she was extended, in contrast to how the royal family treats Kate Middleton’s mom, Carole Middleton. Do tell!

Allegedly the way the fam embraced Doria has caused issues. We know that they pulled out the red carpet when she was at the royal wedding two years ago. At Meghan and Harry’s wedding, Prince Charles walked her out of the chapel as her ex, and Meghan’s dad was officially out.

According to sources, later a tiff arose between Kate and the Queen, about Doria. Specifically, it was said that Kate was livid when the Queen invited Doria to spend Christmas with them at Sandringham.

Life & Style was told by a royal insider, “Kate accused the Queen of giving Meghan special treatment and saw this as a huge snub to her side of the family. She understands that most of Meghan’s family is estranged from her and that this was a kind gesture, but it still hasn’t stopped her from thinking that Prince Harry’s wife has got it easy!”

Did the Queen Show Favoritism To Meghan Markel’s Mom?

The source went on, “Kate’s parents have never been asked to spend the holidays with the Queen. Instead, she and William have been forced to split their time between the Middletons and the royals, shuffling their children from household to household.”

Has Carole Middleton Ruffled Her Own Royal Feathers?

And it has also been said that Charles has beef with Carole. Namely, it has been reported that she hogs up all the time with the grandkids!

Palace insiders stated that Carole, “exudes a rather grandiose presence around Kensington Palace and is possessive for William, Kate and the children,” this according to royal watcher Katie Nicholl.

To this end, Charles even allegedly stopped inviting Kate’s family to his home for shooting weekends, allegedly due to the spat. The Middletons were also absent from other key royal events such as the 2016 thanksgiving service for the Queen’s 90th birthday.

Wow, can’t they all just get along?