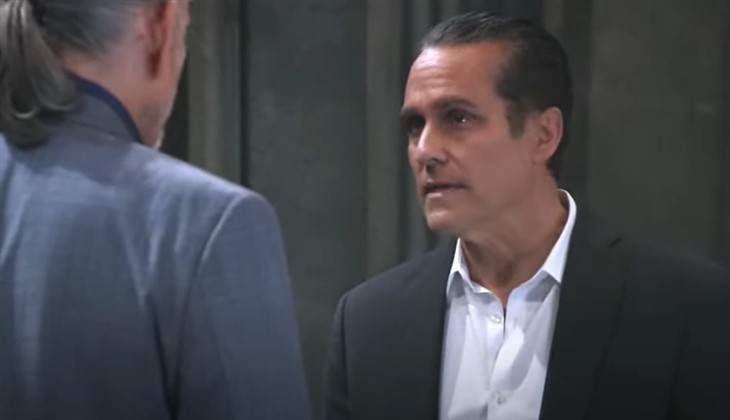 ABC General Hospital spoilers and updates reveal Sonny Corinthos (Maurice Benard) has been concentrating on his father for months. Cyrus Renault (Jeff Kober) has tried to kill Jason Morgan (Steve Burton) and has attacked T.J. Ashford (Tajh Bellows). Now that Mike Corbin (Max Gail) doesn’t need Sonny’s attention, it is time to clean up Port Charles and take out the trash. Unfortunately, it seems that an unknown child may die before Sonny and Jason can take him out. Will this be the final nail in Cyrus’ coffin?

General Hospital’s Cyrus continues to push drugs in Port Charles while hiding behind his new job as Chairman of the Board of General Hospital. Cyrus’s men continue to try and take over businesses to run their drugs through and Brando Corbin (Johnny Wactor) is their latest target. Brando was recently beaten and ended up in General Hospital. With all these drugs in circulation, Neil Byrne (Joe Flanigan) recently died from an overdose. Unfortunately, with the number of drugs in town, a child could very easily stumble upon them and die from an overdose as well. After all, Alexis Davis (Nancy Lee Grahn) has grandchildren and Neil died in her house.

General Hospital’s Sasha Gilmore (Sofia Mattsson) is doing drugs as well and anything could be dropped at a photoshoot. If that’s isn’t enough, Sasha has also been given drugs at the floating rib, a restaurant frequented by families. Imagine Sasha using drugs in the bathroom and dropping some on the floor. What if a child got the package and ingested those drugs?

The number of drugs given to Sasha could be lethal to her, it would definitely kill a child. With speculation that Sasha eventually overdoses herself, it is certainly possible that a young child could do so as well. Unfortunately, this child could have been Wiley Corinthos (Theo And Erik Olson) if Sasha hadn’t broken up with Michael Corinthos (Chad Duell).

Sonny And Jason Have To Protect Their Children

Will a child have to die before Sonny and Jason take Cyrus out? Can Cyrus keep from breaking his truce with Sonny until then?

The Young And The Restless Spoilers: Sharon’s Focus Changes – Adam On His Own