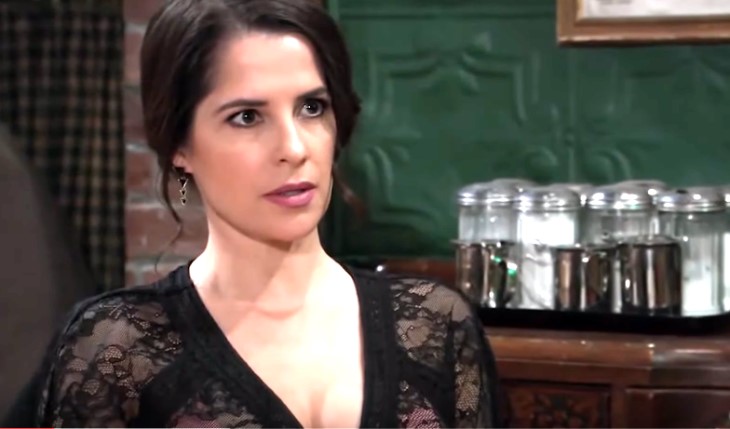 General Hospital Spoilers hint that Sam McCall (Kelly Monaco) will give Brando Corbin (Johnny Wactor) the cold shoulder as she finds out about his one-night stand with Molly Lansing-Davis (Haley Pullos). Molly was under the impression that her relationship with T.J. Ashford (Tajh Bellow) was over, which lead her to sleep with Brando. This may get back to Sam, which will cause her to confront him. Will this stop him from pursuing Molly, or will he push even harder for a relationship?

When Molly turned up at the car shop that is being run by Brando, the two had mutual feelings for each other right of the bat. This leads to the two flirting with each other, and then they ended up sleeping with each other. However, after Sam came by, she realized that what she once thought was true, was actually a lie.

Horrified by learning her boyfriend had been kidnapped, she decided to go to the hospital to visit him. However, this was not before telling Brando that what they did never happened and filled him in on what was going on. However, it seems that Brando became upset by the turn of events and that he may have developed real feelings for her.

More than likely, Molly will confide in Sam about the one-night stand, which will lead Sam to go out and find Brando. When she finds Brando, she may issue a warning to him about going after her sister. He did seem upset about Molly ending things before they could go any further, could he still be actively pursuing her even after she stopped things? If so, Sam will continue to look out for her youngest sister as she tries to rebuild a relationship with TJ.

General Hospital Spoilers: Elizabeth Spends So Much Time on Cameron, But What about Jake and Aiden? https://t.co/L7ohhpKPUz pic.twitter.com/RcaTxA9Nb2

It seems that Sam will be getting protective over her sister’s relationship with TJ. What do you think? Should Sam be worried about Brando, and will Brando try to build something with Molly? We’ll give you updates as GH news comes in. Stick with the ABC soap, and don’t forget to check SOS often for the latest General Hospital spoilers, updates, and news.