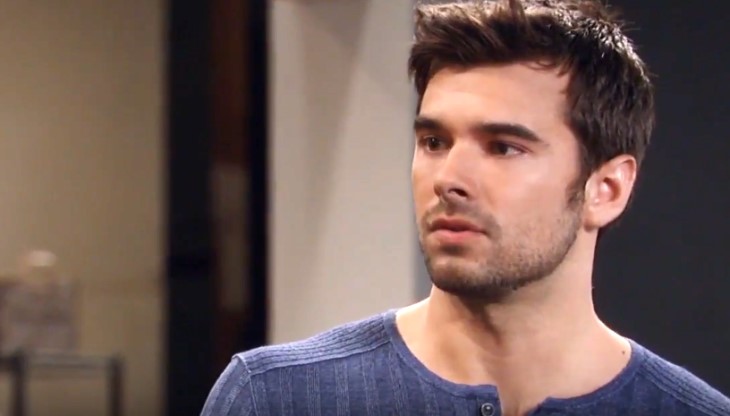 As many GH viewers know by now, the drug kingpin, Cyrus Renault for some time now has blackmailed Jordan. Cyrus was able to gain leverage over Jordan by kidnapping and holding her son, TJ hostage. Now, however, Cyrus’s terms for releasing Jordan have been met. Cyrus was a man of his word and as soon as he was released from Pentonville Prison, TJ was released from captivity.

With that said, TJ did not get through his ordeal unscathed. Although no bones were broken, TJ was roughed up badly. Moreover, Cyrus Renault’s thugs used the colorless, sweet-smelling anesthetic, chloroform to render TJ unconscious. TJ woke up in General Hospital where Chase began questioning him.

Now, GH viewers have watched for months as Jordan has done everything in her power to hide the fact that TJ was kidnapped. Jordan has lied to practically every person she knows, including friends and family. Purportedly, this was to keep TJ safe. However, many GH fans have come up with options for Jordan that would have seen TJ saved and Jordan’s relationships kept intact. However, that would have required Jordan to be a smart, powerful woman. Many GH fans have criticized this GH character intensely due to what they perceive as either poor writing or intentional dumbing down.

With that said, GH fans likely rolled their eyes when Jordan informed Chase that she wanted to handle TJ’s case. Apparently, even though TJ is free and safe, Jordan is all consumed with maintaining the lies she’s told ad nauseum up to this point. Fortunately, someone, somewhere in the writing room had the good sense to have Chase point out that it was a huge conflict of interest to have the mother of the victim handle the investigation.

No matter how much Jordan pushed, it was simply inappropriate for Jordan to be in charge of TJ’s case. Of course, if Jordan had insisted, this would have looked suspicious to any police officer. Thankfully then, Jordan backed off and allowed Chase to do his job.

GH fans who happen to be critics of Jordan Ashford may be able to start rejoicing. With Chase on the case (hey, that rhymes), Jordan’s idiotic web of lies may begin to unravel sooner than anyone realizes. Chase is a stand-up guy. He’s a smart cop and Chase is honest. Viewers know that Chase seems to always try to do the right thing.

GH viewers can bet that as more evidence begins to present itself and Chase zeros in on the details of the testimonies of those he interviews, inconsistencies will eventually become apparent. Chase may be instrumental in clearing the names of good cops like Marcus Taggert (Réal Andrews).

Fans might just watch as Chase ultimately confronts Jordan with the truth of her actions. Won’t it be interesting