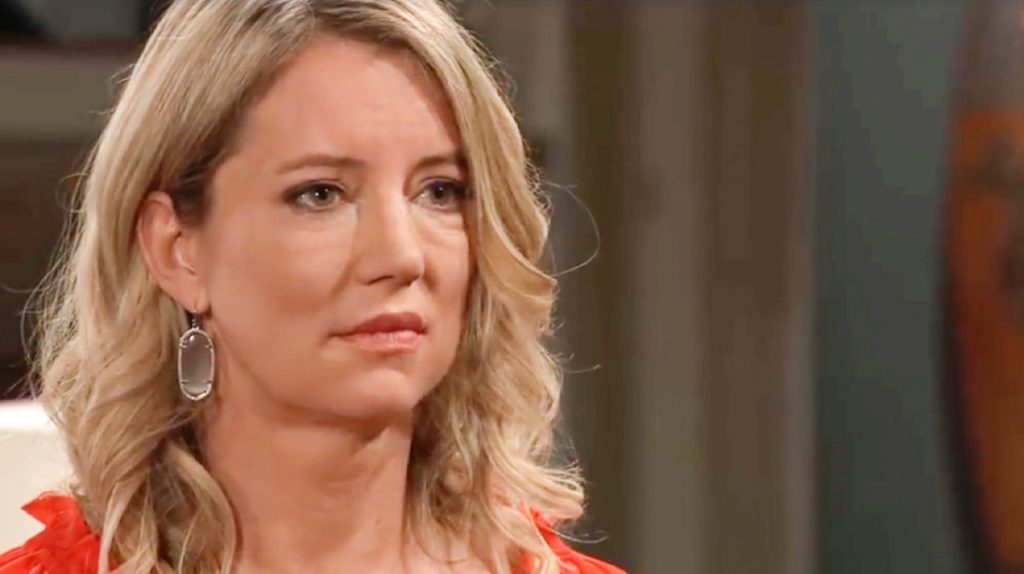 Many General Hospital viewers have noted that Sasha is nearly a twin to Nina’s cousin, Britt Westbourne (Kelly Thibaud) and even Britt’s mother Liesl Obrecht (Kathleen Gati) has noted the resemblance, although she apparently has no knowledge of Nina’s baby not being miscarried and instead put up for adoption through a baby broker, as Curtis Ashford (Donnell Turner) found out. That paper trail was legitimate, and Valentin Cassadine (James Patrick Stuart) had also followed the paper trail but was not able to find Nina’s child; that is why he sought out Sasha and faked it from that point.

As far as Liesl knew the baby died, but then as she has also acknowledged, her sister Madeline Westbourne (Donna Mills) was quite a liar! There have been fan theories that Sasha could even be Liesl’s, but she would know about that and likely have admitted it, since General Hospital spoilers from Soap Opera Digest for 2020 indicate she will want to turn over a new leaf and change herself for the better, although her past will catch up with her and try to bite her!

General Hospital viewers will recall that both Valentin and Curtis offered further searches for Nina’s child, but she came to the conclusion that her mother was just playing head games with Valentin and had lied to him about there being a child, and she turned both him and Curtis down when they asked her.

SUBSCRIBE NOW: Get General Hospital spoilers, news, and recaps in your email!

She just didn’t want to get her hopes up only to have them dashed and her heart be broken again looking for a long-lost child, either a son or a daughter, at this point if a son turned up that would be fine too, although it would have been kind of strange for a half-heart necklace to be worn by a male!

Madeline had put the note in the necklace, which had arrived from her lawyers to Nina after she died, that it would mend a broken heart. However, as previously mentioned, that paper trail that Curtis and Valentin both followed from the baby broker didn’t lie. There was a lot of money that changed hands and Curtis had found proof of a large wire transfer to the baby broker around what would have been Nina’s expected due date.

He then did a reverse search to find out who wired the money, and it had, indeed, come from Madeline! So there is something that indeed did happen around the time of Nina’s due date and if there had been no birth, why would Madeline have paid a baby broker? It wouldn’t make any sense at all, and there weren’t any other children being born in the family around that time, unless Madeline had been pregnant at the same time as Nina, and the late Detective Nathan West (Ryan Paevey) would have been old enough to remember if his mother had been pregnant, and he never said anything about it! He remembered Nina having had been pregnant and in a coma, however!