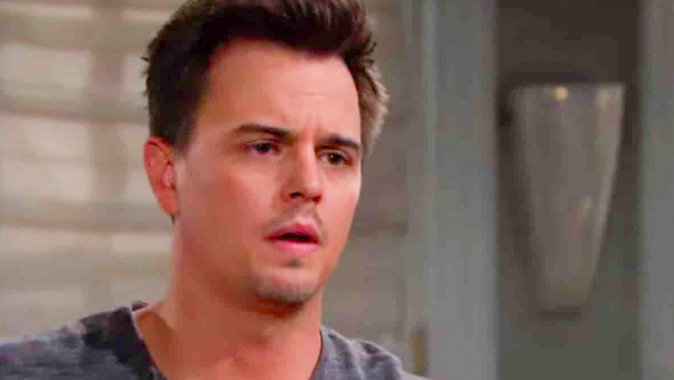 The Bold and the Beautiful spoilers tease that Wyatt Spencer’s (Darin Brooks) choice isn’t simple. He thought about it and then went to meet with Sally Spectra (Courtney Hope).

Flo Fulton (Katrina Bowden) was Wyatt’s high school sweetheart. He’d never forgotten her, but thought that time and distance meant that their couple status was merely a memory. But Flo moved from Las Vegas, Nevada, to Los Angeles, California.

With Flo being fully recovered from her organ donation surgery, in having given a kidney to Wyatt’s former girlfriend, Katie Logan (Heather Tom), she’s back in the game. Brooks’ character offered his full forgiveness and then reconciled Wo. But Sally didn’t respond as expected when Wyatt attempted to end Wally Part II, which means his intended romantic plans have been forcefully paused.

How can Sally compete with Flo? Well, history alone would seem to tilt this competition in Flo’s favor. However, the developing issue affecting this triangle hasn’t yet been concluded.

Sally truly didn’t deserve Wyatt’s brush off. But she dealt with it and was very forgiving.

B&B Spoilers – Sally Spectra Should Have Taken Him Back?

This is actually the key question. Sure, it’s second-guessing. But the point is that Sally was overly lenient in accepting Wyatt’s apology to her for the original split.

The above came after Wyatt was shocked by the revelation that Flo has directly involved in the Beth Spencer (Madeline Valdez and River Davidson) underground sale. That impacted Wyatt because Liam is his brother, which made Sally’s withhold of Thomas’ off-handed rantings pale in stark comparison.

He can choose one person to be with. But Wyatt should also expect either Flo, or Sally to also choose him.

It seems as though the desire both characters have to be with Wyatt has convinced him that he calls the shots. That’s partially why Sally’s refusal to let him dump her this time came as surprise. At the same time, Flo stands as Wyatt’s rebound option, which appears to leave her with no options but to be dropped again.

The Bold And The Beautiful Spoilers: Steffy’s Drug-Induced Delusion And Tragic…

The Bold And The Beautiful Spoilers: Liam’s Hero Complex & Steffy’s…

The Bold And The Beautiful Spoilers: Zoe Has ‘Broken Bird Syndrome,’…