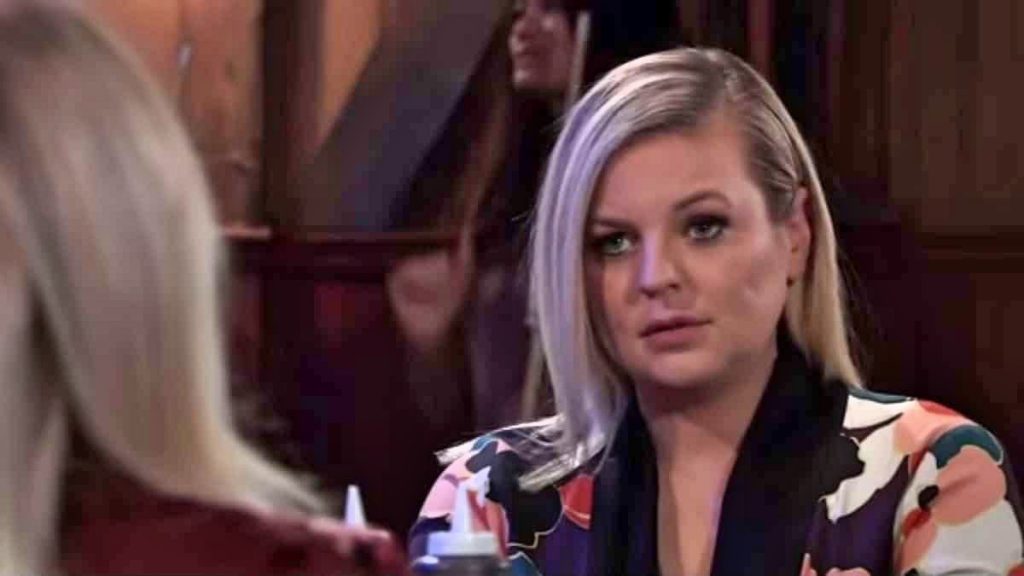 General Hospital (GH) spoilers indicate that Nina Reeves (Cynthia Watros) will soon realize just how valuable Maxie Jones (Kirsten Storms) is to Crimson. Nina has recently put all of her focus back on the magazine after finally ending things with Valentin Cassadine (James Patrick Stuart). Valentin’s lies finally caught up with him on New Year’s Eve so now Nina is ready to back to work.

GH Spoilers: Maxie Jones Took On A Lot Of Responsibility

With much of Nina’s time spent focusing on Valentin, Maxie took on a lot of the responsibilities at Crimson. She’s been at the magazine longer than anyone, and she knows the ins and outs of pretty much all aspects of putting out a monthly magazine.

Nina hasn’t really noticed how much Maxie does on a daily basis, and she’s beginning to feel underappreciated. She loves Crimson, but it’s Nina magazine. But as Nina takes back more of the day to day aspects of the job, it should soon dawn on her.

When Lucy Coe (Lynn Herring) offered Maxie a position at Deception, Maxie started to realize her true worth. She’s considered starting her onw online magazine in the past, but she would need capital. But moving to Deception might be a better choice at this time. Maxie has a lot to offer, and she has outgrown her position as Nina’s assistant. She may decide to give it a shot. If there is truly nowhere to move up at Crimson, Maxie should move on. But perhaps there is something Nina can do to keep Maxie.

If Nina finds out just how dissatisfied Maxie is, she may finally realizes that Maxie is invaluable. But even if she does, can she offer Maxie what she truly needs? Perhaps she will offer Maxie a pay increase, but more importantly, more responsibility. Maxie just wants to be heard and not taken for granted. Perhaps she will even throw some sort of party to honor Maxie and all of her contributions. In addition, Nina will need to actually listen to Maxie’s input. Together, they could make Crimson something truly special.

Will Nina ever realize just how valuable Maxie’s input is? Or will it be too late because Maxie has left for Deception? Only time will tell, so stay tuned to General Hospital airing weekdays on ABC. And don’t forget to check back here regularly for all your General Hospital news, information and spoilers!