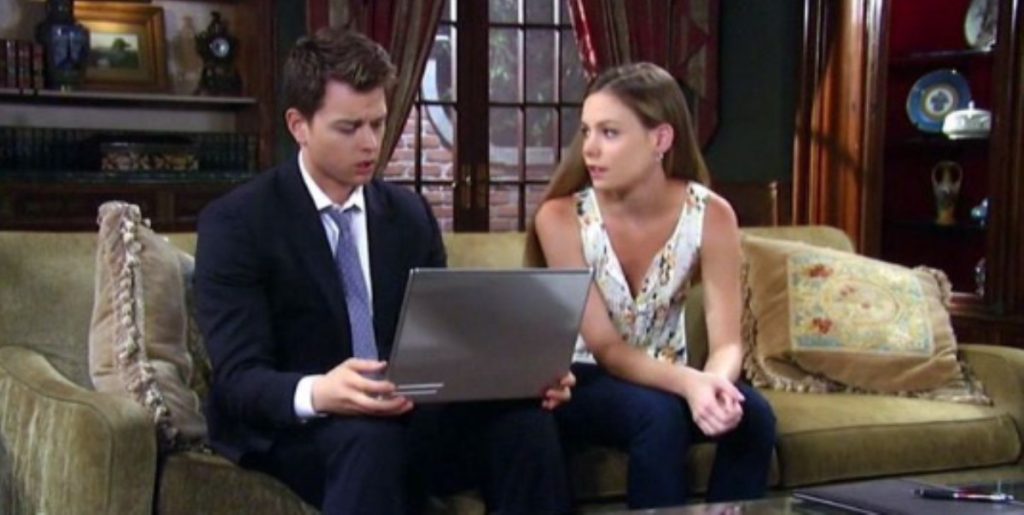 At the Quartermaine mansion, Nelle tells Michael that she will have him and his family in the dirt and that she will own everything they have by the time she completes her plan to get all the ELQ shares! Michael knows that she cannot even use her shares, because they are tied up in court and she only has claims for shares, not actual shares that can be converted to cash!

He even told her so but it didn’t seem to faze Nelle. She has a plan and she knows it will work, she’s working with her attorney Martin Gray (Michael E. Knight) and a secret financier who is buying out ELQ for her!

Michael tries hard not to laugh – the only person in town who would possibly be interested in buying out ELQ might be Jasper Jacks (Ingo Rademacher) and he sure wouldn’t help Nelle Benson Archer! Besides, Jax had been back and forth with ELQ for years and had never had any interest other than having been a former stockholder and not one with a controlling interest at that! He had bigger fish to fry and wasn’t all that interested in ELQ other than helping Lois Cerullo (Rena Sofer) get her stocks back one time.

Nobody else that he knows of would help finance Nelle to take over ELQ either, the only others besides Jax who possibly would even have access to enough money would be the Cassadines, and right now the Cassadine estate is in limbo between Valentin Cassadine (James Patrick Stuart) and Nikolas Cassadine (Marcus Coloma) with all the assets likely frozen! Michael’s fairly certain that even Valentin wouldn’t help Nelle, so she’s just playing mind games again. He tells her to leave and go back to the boathouse because he has better things to do with his time!

Michael, however, is suspicious that she may have conned someone into thinking they were buying her shares to ELQ when all they are is claims – not convertible to cash until they are out of probate. She could legally sell her shares on paper only by selling her claims. But if the sale of the claims was not done with the proper paperwork and through the securities commission, which Nelle would definitely NOT be able to do on her own, the sale would be invalid.

Nelle may have relinquished her shares and someone could have paid for them thinking they could convert them to cash right away, and that would be securities fraud! So he looks into it – and there is indeed appropriate paperwork filed by Martin Gray, but the buyer’s name is not listed, only the name of a business that he does not recognize. He can only hope that whoever the buyer is realized these shares are not yet convertible to cash! He also hopes that whoever paid Nelle money for them gave her enough so that she will just leave town and never return!