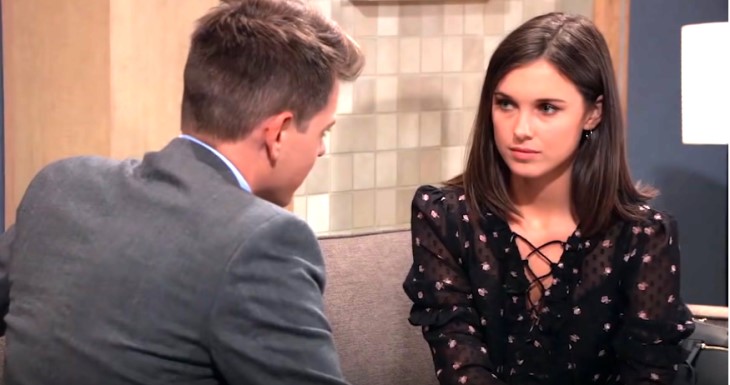 General Hospital (GH) spoilers tease that Michael Corinthos (Chad Duell) won a huge battle when he was able to have the surgery was done that could save his son, Wiley Corinthos’ (Erik and Theo Olsen) life. But it wasn’t easy, and the way it was accomplished may hurt his custody chances down the road. 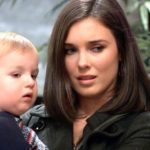 Carly Corinthos (Laura Wright) confronted Nelle on the hospital’s rooftop and took the consent papers from her. She then locked Nelle on the roof, while giving the forged papers to the doctor’s so Wiley could have the surgery.

GH Spoilers – Nelle Benson Will Use This Against Michael Corinthos In Court!

So although they were able to have the surgery done, Carly’s stunt could cost Michael custody of his son in the long run unless he pulls out all the stops to win the case against Nelle. It turns out that Wiley will need another surgery in a few months, and if Nelle gets custody she may not let that happen. The surgery will drastically improve Wiley’s quality of life and Michael will want to make sure Wiley has the best life possible.

Michael’s lawyer, Diane Miller (Carolyn Hennesy) has already told Michael he would have a better chance of winning sole custody if he got married. He had planned to marry his girlfriend, Sasha Gilmore (Sofia Mattsson) but her recent criminal and fraudulent actions would make her a liability if they got married.

Sasha has already suggested that Michael marry Willow Tait (Katelyn McMullen) and the two of them briefly considered before rejecting the idea. But now that Wiley’s very well-being could be at risk if Nelle gets custody, look for Michael and Willow to go ahead with the marriage.

GH Spoilers – They Will Have To Live As Man And Wife

Willow and Michael would have to live as man and wife because Nelle will most certainly claim that marriage is a fraud. But Michael and Willow have been growing closer all the time, so it may not be as difficult to convince the judge as it might seem. And if it helps give Wiley a better life, than they will do it without hesitation!

Will Carly’s rooftop stunt hurt Michael’s chances for custody? Will Michael and Willow decide to marry after all? And can they convince a judge they are a happy couple? Only time will tell, so stay tuned to General Hospital airing weekdays on ABC. And don’t forget to check back here regularly for all your General Hospital news, information and spoilers!